Snow moulds cause serious problems in turf grass in regions where the winters are cold and turf is snow covered (Dicklow, 2011; Nelson, 2004).

There are several causal agents of snow mould; the three main fungi are Typhula ishikariensis, T. incarnate and Microdochium nivale (Jung et al, 2007). These pathogens cause patches of discoloured and water-soaked grass and delay turf recovery after winter, which, in turn, reduces the quality of the turf and playability on golf courses (Jung et al, 2007; Nelson, 2004).

Pink snow mould, Microdochium nivale, is one of the most common snow moulds affecting turf grass in Western Canada. This pathogen does not require snow cover in the winter to facilitate disease progression and can be active all year long in areas with cool, wet climates (Latin, 2019; Jung et al 2007; McBeath, 2002). At temperatures less than 5°C, M. nivale is not as aggressive as the other snow moulds, however, it can grow rapidly in temperatures up to 20°C on turf with abundant surface moisture, and has an optimal growth temperature of 25°C in vitro (McBeath, 2002; Dicklow, 2011). M. nivale survives suboptimal conditions in decaying turf debris and infected leaf material (Latin, 2019; McBeath, 2002).

The search for alternative methods for the control of snow mould has been ongoing for several decades (Nelson, 2004).  The rise in pesticide bans and restrictions have made it difficult for turf management that relies heavily on the use of fungicides to control this disease (Mattox et al, 2015; Nelson, 2004). Several biological agents have been investigated for the control of snow moulds, including Typhula phacorrhiza, Pseudomonas aureofaciens and Trichoderma atroviride (Nelson, 2004; Hsiang, 2000; McBeath, 2002).

In vitro laboratory bioassays showed that the strain of T. atroviride, TA-222, exhibited suppression in the growth of M. nivale of 31%-37% and was able to overgrow the pathogen and sporulate abundantly.

The T. harzianum strain, TH-238, reduced the growth of the pathogen by 25-28% and was also able to overgrow the pathogen and sporulate. When comparing the two isolates, T. atroviride (TA-222) always caused greater suppression.

Rating: 1 –Trichoderma overgrows the pathogen with no sporulation.

The objectives of this study are:

This trial was conducted at the KPU teaching golf course. One golf green with a high level of snow mould symptoms was divided into 100 plots measuring 1 m2 each.  Photographs of each plot were taken before treatment commenced to assess the initial damage due to M. nivale. 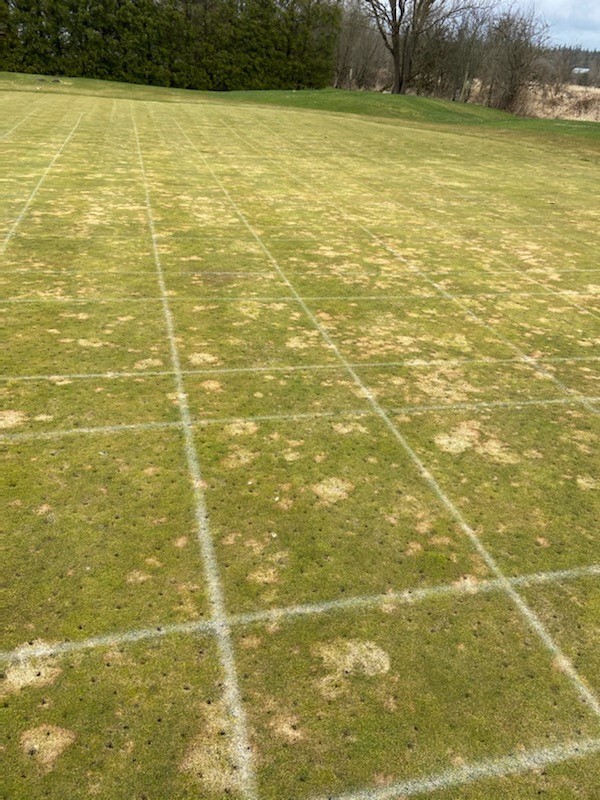 Figure 1. Field trial set up. The golf green was divided into 1m2 plots for treatment application.

Damage on the turf plots ranged between 20-30% prior to treatment application and decreased to less than 5% one month after the initial application for all treatments (Fig. 5). The overall decrease in damage over time was significant (p<0.0001). However, there was no significant effect of treatment on the disease severity and no interaction between time and treatment after one month (p=0.9729 and p=0.7935, respectively). It is not surprising that all plots, including the plots treated with just water and those designated for treatment with the positive control, which have not yet received treatment, had less damage one month into application. Snow mould damaged turf does recover over the late spring and summer when the temperature increases and the pathogen lays dormant in plant debris (Jung et al, 2007; Dicklow, 2011).

Although Trichoderma atroviride TA-222 showed promise for suppression of Microdochium nivale, pink snow mould, in laboratory assays, this result was not observed in this field trial. In laboratory assays, fungi are grown in optimal conditions, whereas in the field, environmental conditions are often not optimal. Many factors, including temperature, UV and soil moisture can play an important role in determining the success of biocontrol applications. In the laboratory assays, active mycelial growth was occurring for both the pathogen and the biocontrol. Under these conditions Trichoderma produces both volatile and non-volatile secondary metabolites known to suppress growth of other fungi. If the other fungi is not actively growing, suppression is not observed. In the field in summer, M. nivale is not actively growing, but waiting out the warm conditions in microsclerotia, a resting stage.