Grass Not a Foe, But an Ally of the Environment

A three-year research program aimed at improving turfgrass in residential areas has concluded at the Vineland Research & Innovation Centre at Vineland Station, Ont. 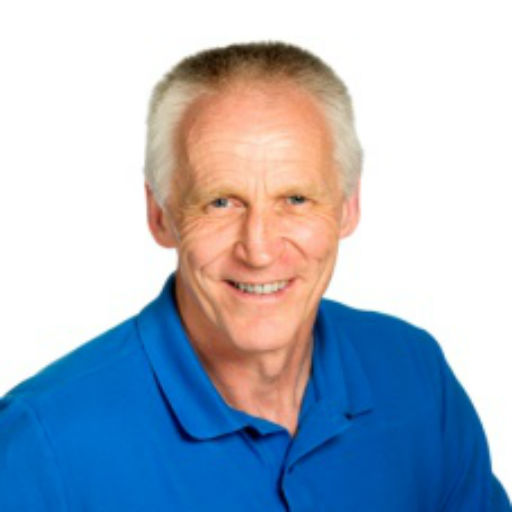 Dr. Michael Brownbridge of MB Biocontrol Consulting is a feature speaker at the 2020 WCTA Conference and Trade Show

“Often regarded as an environmental foe, grass is actually an environmental ally,” Dr. Michael Brownbridge, research director, horticultural production systems at Vineland, wrote in his summary report, Time to Change the Conversation Around Turfgrass.  “It really depends on how you look at it.”

Brownbridge noted grass is an essential part of the living landscape, but is depicted as environmentally costly because of maintenance-associated inputs.

“The reality is there are numerous benefits that accrue from having optimally-maintained green space,” he said.

In his report, Brownbridge cited the value of turfgrass and its resilience to such adversities as heat, drought and flooding. He recalled an incentive program initiated in California a number of years ago – in response to severe drought conditions – that encouraged homeowners to remove their lawns in favour of planting inert materials. The program was aimed at water conservation, but it backfired when the opposite result occurred.

“By removing the living landscape, when rain events did occur, the soil could no longer capture and filter rainwater, or hold it on-site where it would be slowly released for trees and other plants to use,” Brownbridge wrote in his report.  “Instead, water was lost through rapid runoff, and in the end the denuded landscape was the least effective water-saving measure.  It would have been preferable to encourage planting of drought-tolerant grasses and other plants.”

He said by “deadening” the landscape, the ecological, social and health benefits provided by green spaces are lost.

Turfgrass works in harmony with trees and shrubs to produce an integrated and diverse landscape.  Turf helps improve the environment and helps mitigate the effects of climate change, but Brownbridge noted those benefits can only be realized if grass is healthy and maintained.

“To create and maintain healthy turfgrass, we need to do a better job of selecting and installing grasses that are well suited to our built environment,” he wrote, adding grasses are affected by such biotic factors as insects, diseases and weeds and by various abiotic stresses, including extremes in temperature, drought, poor soil conditions and rainfall amounts that are either too little or too much.

“Selections will vary by location and desired function, and we need to consider the climate of the future when making these choices. Various cultural practices, including fertilizing, watering, aerating, overseeding and topdressing will also help keep turfgrass in top condition.”

Several turfgrass varieties are available based on their environmental performance.  Some, for example, perform better in areas where water is limited, while others are more salt-tolerant and can more effectively survive in harsh environments.

Calgary salt tolerance trial
The City of Calgary had conducted a trial in which salt grass (salt tolerant varieties) plugs were installed in a road median and had established into a continuous green sward one year later.  In spite of the compacted soil in the area and the challenging environment, grass was able to establish.

“While this approach needs to be fine-tuned to make it more utilitarian, there is a potential in using these types of pioneer grasses in this setting,” Brownbridge wrote in his report.  “Apart from thriving in a roadside environment, their roots can promote better soil structure over time, creating more favourable conditions for other plants, including shrubs and trees which can then be integrated into a once inhospitable setting.”

The selection of salt-tolerant turfgrasses in roadside settings is an example of how turf’s functionality can improve in a traditionally adverse environment.  More focus should be placed, therefore, on the evaluation of cultivars for such purposes, Brownbridge wrote.

“For residential use, various creeping tall fescues and ryegrasses are available with excellent aesthetic qualities.  Many have lower maintenance requirements and, more importantly, are hardy under drought conditions, recovering quickly when rain begins again. Several also exhibit improved insect resistance – a great trait when sowing or overseeding a lawn.”

Brownbridge noted the beneficial relationships plants have with bacteria, fungi and other microorganisms. Microbes can help plants access soil nutrients and promote resilience in situations of biotic and abiotic stresses.

“The use of biostimulants and biofertilizers in lawn care can enhance conditions for beneficial microbes on and around grass roots.  Rhizobacteria such as Bacillus pumilus and B. amyloliquefaciens promote root formation and enhance nutrient uptake while also stimulating plant defences against diseases.  Such bacteria are now used to coat grass seeds, colonizing young roots as the seeds germinate and providing benefits that can improve turfgrass establishment.”

Benefits of endophytes
The research at Vineland found that high endophyte grasses possess several qualities that make them ideal for urban settings.  Test plots were established in 2015 that contained creeping tall fescue, creeping ryegrass, high endophyte tall fescue, high endophyte ryegrass and standard Kentucky bluegrass.  No maintenance other than mowing was done at any of the plots.

“In spite of severe drought conditions during the summer of 2016 and a very wet summer in 2017, the high endophyte cultivars and the creeping tall fescue performed exceptionally well.  After two and a half years, these grasses still covered more than 80 per cent of the test area with approximately 15 per cent of the space occupied by broadleaf weeds.  In comparison, Kentucky bluegrass dwindled to less than 30 per cent coverage over the same period.”

The same grasses were tested on sod farms in Ontario.  The high endophyte and creeping grasses covered more than 98 per cent of the plot area after 18 months.

“The grass was so dense that it prevented weed ingress.  In contrast, the Kentucky blue blend covered less than 60 per cent of the plots, with at least five per cent covered by broadleaf weeds.  The high endophyte grasses also showed some resistance to chinch bugs.”

Brownbridge wrote the endophyte in the grasses contributed to their enhanced performance and insect tolerance.

“One year after sowing, the fungus was detected in more than 90 per cent of the ryegrass samples and around 30 per cent of the tall fescue samples.  Levels were still high enough to provide protection against pests, and the proportion of grasses containing the endophyte could be enhanced through overseeding.  They appeared to be durable, low maintenance options for residential use.”

Brownbridge stated that several new grasses are well suited for urban settings and provide a better option than traditional varieties in environments where they are apt to fail.  The bottom line, however, is that the turfgrass remains healthy if the benefits are to be realized.

“These are important findings, as some municipalities have adopted bylaws to limit (or ban) turfgrass fertilization.  Results clearly indicate that a correctly fertilized lawn will retain more water and nutrients than a poorly maintained area, leading to improved functionality."

Editor’s note:  Dr. Brownbridge is no longer with Vineland Research and Innovation Centre and has formed a consulting company called MB Biocontrol.  You can catch his presentation on this subject, Wednesday, Feb 12th, 2020 at the River Rock during our 57th Annual Conference and Trade Show.