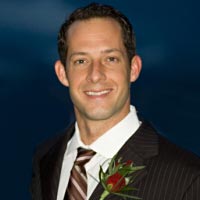 Dan J. Rolfe has been a member of the Western Canada Turfgrass Association since 1995.

Actively involved with the association since 1998, Dan has served as a Director, Chair of the WCTA Research Committee, and was on the Executive as the 2006/2007 President of the Western Canada Turfgrass Association.

Dan’s involvement in the turfgrass industry began, like many, at a young age working on a golf course during the summer months between school years. Gaining much experience as a young turf manager at the Fort Langley Golf Course proved to be a pivotal time in his career endeavors. Construction, renovation and beloved maintenance experience opened doors within the booming turfgrass industry. Moving only kilometers away to Belmont Golf Course in 1992, Dan went on to become the Assistant Superintendent after a few years under tutelage of Golf Course Superintendent Joe Veller.

In 1999 Dan moved to Coquitlam B.C. to become the Superintendent at the state of the art facility, Eaglequest Golf Centers.

During the spring of 2003, Dan transitioned to the Vancouver Golf Club in Coquitlam as an Assistant Superintendent, where he worked for three years.

With a much satisfying career managing public, semi-private and private golf courses he has now transitioned to a sales & technical position with Oakcreek Golf & Turf Equipment.