Travis Olson, Immediate WCTA Past President, Finally Gets His Award!

For the WCTA, cancellation of our largest annual undertaking, the 2021 conference and trade show, ranks #1 on the scale of COVID related disruption.  There will be other shows but sadly, we’ve missed so many of the meaningful things that happen at the conference each year.

For instance, it’s unfortunate we couldn’t recognize as we normally would, Travis Olson, WCTA Past President, for his efforts and leadership over the two-year term of his Presidency.  Typically this happens near the end of the AGM when the new President thanks and presents a memento of appreciation to the outgoing President.

The good news is we have finally made this right.  In a recent and very small ceremony of one, I had a chance to finally thank Travis Olson for his selfless volunteerism on behalf of the entire membership.  As you might expect if you know him, Travis was humble and said that he actually preferred a little less pomp and circumstance.  I’ve noticed it’s common to hear that from those who do things for the best reasons.  Thanks for your service to the industry Travis! 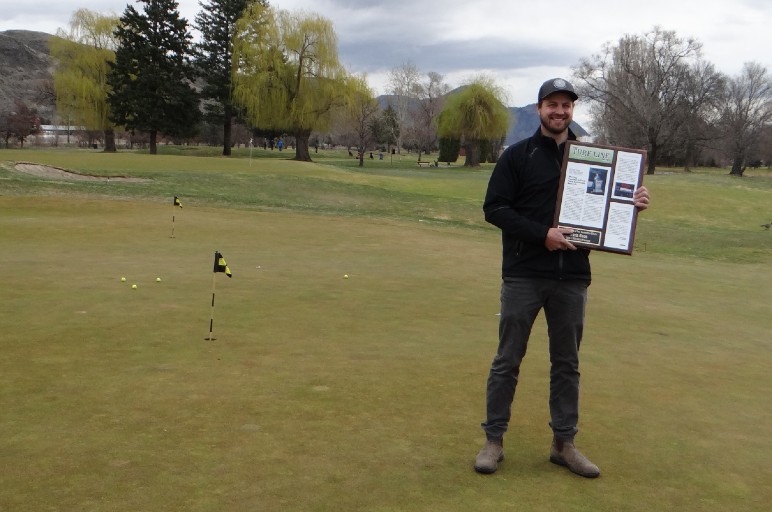 Travis Olson, Immediate WCTA Past President and Superintendent of the Kamloops Golf Club