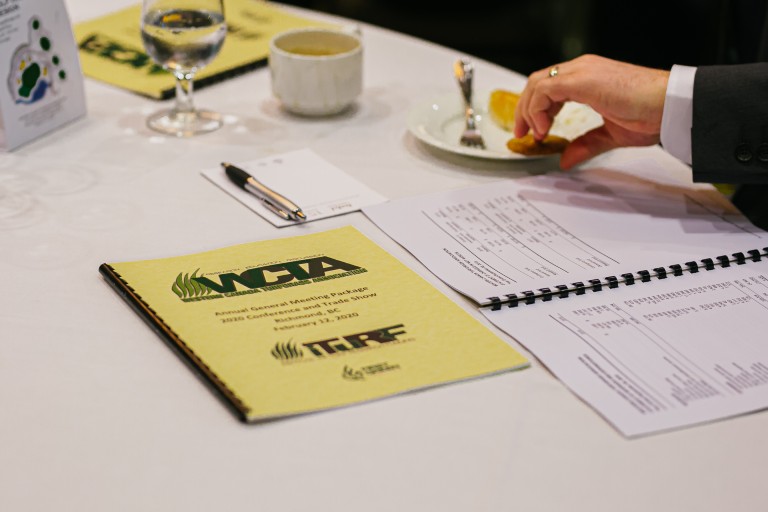 • President Travis Olson called the meeting to order at 11:50am, introduced the Board of Directors and Past Presidents.
• Quorum was met with 183 members present.

M/S/C J. Pick / T. Yez that September 30, 2019 year end Statement of Revenues and Expenditures be adopted as reviewed by Evancic Perrault Robertson, Certified General Accountants, and circulated at the AGM.

M/S/C T. Buckner / D. Duncan that a ‘Request for Proposals’ to perform the annual financial review for the fiscal year October 1, 2019 to September 30, 2020 is circulated to at least three certified public accounting firms, including the current firm (EPR), with appointment to be made by the Board within 90 days of AGM.

• The “Give me 5 bucks” initiative has raised over $2,500 over the past 4 years
• This year over $20,000 was raised through various efforts
• 2020 project funding to include annual CTRF contribution and ‘Efficacy of Trichoderma fungal bio-control agents for snow mold control in turfgrass’ by Michelle Franklin and Deborah Henderson through KPU.
• Also will be sponsoring “Compendium of Turfgrass Diseases” 4th edition for $3000

• KPU – Stan Kazymerchyk
o Enrollment is down, may suspend 2020 enrollment

Thanks all for attending and supporting the WCTA.