2020/2021 WCTA Board of Director Candidate Profiles

Any WCTA voting member in good standing may put their name forward for open Board of Director positions.  The duty of the Board is to steer the association by providing policy and direction to management and staff.  More candidates than open positions will force an election which is a good thing.  If fewer candidates come forward than there are Board vacancies, positions will be filled through an election by the Board of Directors.

One of the Directors-at-large is appointed by the President as Finance Director and becomes part of the Executive team.  The 2020/2021 Candidate Slate is as follows: 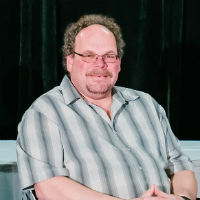 I started work in the Golf Industry at Quilchena Golf and Country Club in Richmond, BC in the Golf Shop.  After several seasons I had the opportunity to work on the Grounds Crew under Dave Tait and Gary Gilmore.  I started doing the basics and over the seasons, worked my way up to a full-time member of the crew, Assistant Superintendent and eventually Superintendent.  I worked several summers with City of Burnaby at Burnaby Mountain Golf Course and Riverway.

In October of 1991, I accepted the Superintendent position at Nico Wynd Golf Course.  It was while at Nico Wynd that I became a member of the WCTA.  Gary Gilmore had stressed the roles that the WCTA and BCGSA play in the turf industry as he knew he needed to be active in the association and events that it hosted to stay ahead of the curve and continue to learn cutting edge practices that he could take back to the course.

In 2008, I became the Superintendent at Quilchena.  Over the next 5 years, Quilchena started a multi-million dollar renovation program that included a new Maintenance Facility, wall to wall slit drainage, new irrigation system and a renovation to the course.

After leaving Quilchena, I worked for Greenline/PrairieCoast Equipment selling John Deere and other brands of turf equipment.  While working with PCE, I was able to meet other turf industry professionals in the landscape, Municipal and Parks, sod growers, landscape and sports field industry.  It became evident in talking to these professionals, that all branches of the turf industry hold an elevated level of passion for their work and the industry.  In 2015 I was offered the position of Head Groundskeeper for UBC and Vancouver Whitecaps NSDC training facility where I’m presently employed.

I feel that it is important to see the industry as a group of like-minded individuals that only want the best for their customers.  There needs to be a united voice such as the WCTA has been providing since it was started.  I am honoured to be asked to seek election as a member of the Board of Directors for WCTA and would strive to uphold the legacy of past members of the Board and work so that all members can continue to take advantage of the benefits that the WCTA provides.

My name is Jesse Cowan and I have been in the golf industry for twelve years. Shortly after starting my employment at the Pinnacle Golf Course in Kelowna B.C. I realized it was the industry for me. I graduated from Kwantlen in 2013 with a diploma in turf management and returned to Kelowna as the assistant superintendent of Gallagher’s Canyon. I was fortunate to work under a past board member Frits Verkerk, as he taught me much of what I know today. After Frits’ retirement from the golf industry, I stepped in as interim superintendent of Gallagher’s for the remainder of the 2019 season. This past December I obtained the role of Superintendent at Gallagher’s and am looking forward to the 2020 season! I like the recent direction that the WCTA board has taken with its youthful involvement. At 33 years old, I would love the opportunity to be a part of that direction. As a board member, I would do everything possible to help advance all aspects of the turfgrass industry. I look forward to being in the turfgrass industry for a long time and hope to be a part of its progression over the years. 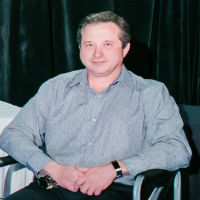 I have been involved in the turf industry since 1990.  I started working within the industry as a teenager in landscape.  I followed that by pursuing work in the golf industry as a golf course groundsman and a lead horticulturist.  I transitioned my career into irrigation as a technician in the municipal sector which led me to my current position.

Currently, I am the Sports Services Foreman for the City of Coquitlam.  My role is to oversee the maintenance and playability of approximately 80 parks and sport fields for the city.  My focus is to provide the best quality sports fields for the public and user groups to enjoy.

I am also a graduate of the Turfgrass Management program and the Horticulture program at KPU and recently graduated the business leadership program at BCIT.

I have served as a member of the WCTA Board of Directors for the last 3-years, 1 year as the finance director.  I have been on the board as a Director with Sports Turf Canada and I am currently entering my 3rd year.  It has been a fantastic learning opportunity that I enjoyed and I hope to continue to serve the membership in another term. 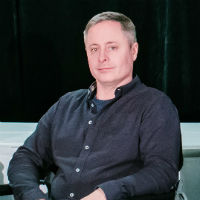 Jed McGeachie is the Western Region Sales Manager for Overton Environmental. He is originally from Winnipeg MB, with a degree in Business Management from the University of Winnipeg. Dedicated to finding unique solutions for turf grass managers, Jed is a passionate leader in his field.