An administrative project first conceived eight years ago is now close to completion.  Good news for hundreds of WCTA and BCLNA members whose records are being tracked - staff has started testing the system and will begin uploading record data by early July. 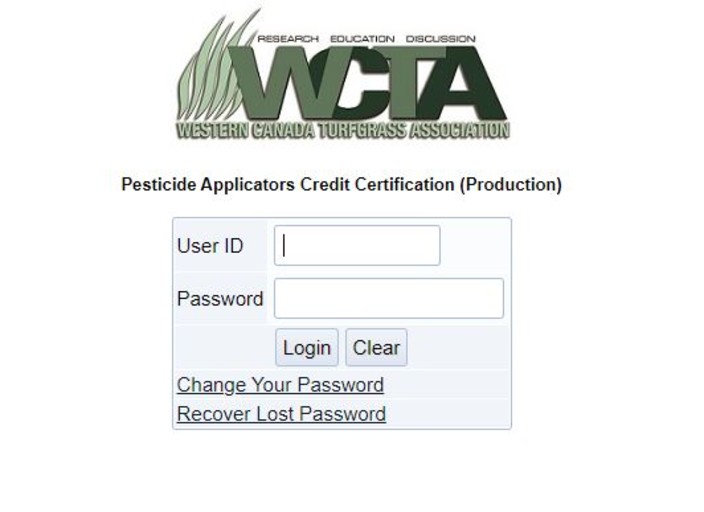 In 2014, the WCTA Board of Directors started discussing potential for an improved system of tracking member pesticide applicator recertification CEC’s (Continuing Education Credits).  A couple of years later, the framework for such a system, intended to manage upward of 1000 individual point records along with a complete archive of accredited educational offerings, was put together and a software developer was hired, the same firm who built the Alberta government’s tracking system.

With a custom build, project boundaries were initially like a blank canvas.  It soon became clear that narrowing down parameters was much more difficult than anticipated.  Working with the developer, staff put together a detailed list of system requirements and development began slowly but deliberately with the goal of minimizing interruption to other association operations.

An early beta version was available for inspection by June 2016 but further development was scaled back until mid-2019.  WCTA Executive Director Jerry Rousseau explained, “Albeit an important project and one of the last of our planned modernization goals, for a long time we were never able to give the software build full attention due to many competing priorities.”

Steady work resumed by fall 2019 with plans to launch the software mid-2020 but the COVID disruption stalled progress until recently but we are currently going through the program item by item testing for functionality and glitches.  Once done, the significant task of individual point record data entry can begin.  “It will take some time to manually enter and double-check everyone’s points but we’re optimistic the new software will launch in time for our summer field day,” concluded Rousseau.