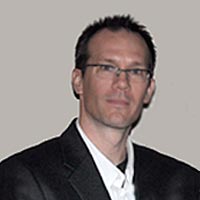 Prepared by Jerry Rousseau - For a 'short year', we have certainly made considerable progress since my last annual report presented at our 2011 Annual General Meeting.

After wrapping up the conference in Vancouver on March 8th, a lot of my time over the last 10 months has been occupied by the pesticide issue in British Columbia culminating with the Special Committee on Cosmetic Pesticides December 16th public consultation deadline. I have also been heavily involved with the fledgling golf industry consortium called NAGA – BC which has been working hard on issues the business of golf is facing.

The 2011 Vancouver Conference was obviously a major focus in the early part of this report period, even with the CGSA responsible for much of the organizational legwork. From the WCTA perspective, conference feedback was positive and the event was successful. Financial performance was what it needed to be in order to support our member programs for the year although final booth sales were only 80% of the projected total. Due to the structure of the agreement, this shortfall did not affect WCTA revenue. As with any major event, there was about 4-6 weeks of cleanup, evaluation and follow-up afterward.

Transition from conference into the busy spring administration period was extremely short leaving little time for 'rest-of-the-year' planning and preparation. Suddenly, it was May 18th and NAGA-BC visited Victoria in full force to hold the first ever 'Golf Industry Lobby Day' which saw representatives from all sectors meeting with and speaking to MLA's about the economic, health, social and environmental benefits of the game.

May-June is time to get the Roadshow underway and this same period is typically heavy for meetings and attending other events as we attempt to strengthen those relationships that are mutually beneficial. Planning for the 2012 Conference is already well underway at this time and in the case of the upcoming show, a lot of thought and decision making went into the early stages of the organization.

Summer is supposed to be the slower time at the WCTA office, unlike my previous life as a golf superintendent, however this particular year saw very little letup of pace which left no room for a break. The pesticide issue was in full swing by July and NAGA BC relied heavily on the WCTA for legwork on the matter such as making the original submission to the Special Government committee and the subsequent, more concise, briefing document and cover letter that was sent to all MLA's, Ministers and the Premier. 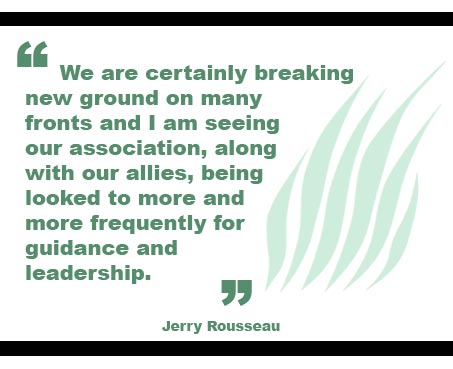 Also during the summer months, I attended the following:

After over a year of planning, perhaps the biggest single advancement in 2011 was the partnership with Inside Golf Magazine which saw the media company take on the responsibility of publishing the Turf Line News magazine. This all took place late August/early September, just in time for the Oct/Nov issue production. Although an incredible amount of work to set up, we will realize long-term benefits in terms of freeing up time for new association initiatives plus the level of professionalism, quality and 'new look' of the magazine has elevated the TLN to the leading turf industry publication in Western Canada. 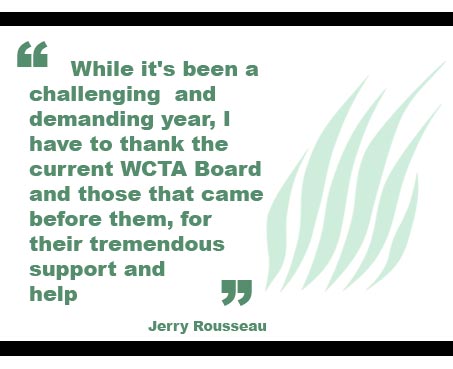 Financially, we had a solid year that fiscally ended September 30. From there, the cycle started all over again with the fall period dedicated to conference organization and administrative functions like member dues billing, CEC points accreditation, accounting, budgeting, evaluation, meetings, planning and of course, report writing like this one!

Throughout the year we had a number of ongoing initiatives and new administrative projects in progress including:

We are certainly breaking new ground on many fronts and I am seeing our association, along with our allies, being looked to more and more frequently for guidance and leadership. This comes in many forms, even harsh criticism, but in the end, all we can do is make the best possible decisions based on the best information we have available along with insight developed from several hundred years of combined turfgrass industry experience that our board possesses.

While it's been a challenging and demanding year, I have to thank the current WCTA Board and those that came before them, for their tremendous support and help along with all those members who have called and/or emailed words of encouragement as we navigate this period that many are calling 'a crossroads for the turf industry'. Our membership is growing while many other associations decline so I'm going to take that as a positive!

On behalf of Viola and myself, thank you to the 2011 Board of Directors for their dedication, hard work and spirit in volunteerism to make the WCTA an organization we can all be proud of. Thanks also to all WCTA members who participate and see the value in our association and of course, thank you to all the industry suppliers who not only provide the tools, supplies and services we need as turf managers, but support our efforts every step of the way.