by John Chidley Hill, via the Canadian Press

Golf's origins date back hundreds of years to rural Scotland where the natural features of the land near Edinburgh created the hazards that golfers had to play around and sheep kept the grass well manicured.  But the game has spread around the world in the ensuing centuries with different environments forcing the technology used to maintain golf courses to evolve well past sheep.

Golf courses have become divisive with some environmentalists criticizing their use of pesticides and fresh water, but their defenders argue that they can be oases that give cities and suburbs important green space. 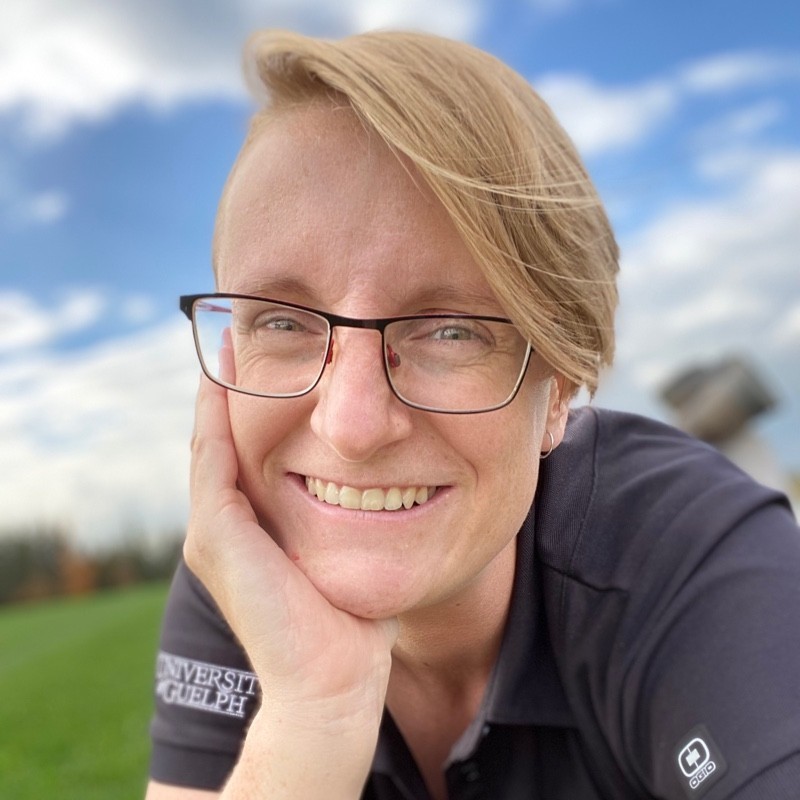 Dr. Sara Stricker of the University of Guelph's Turfgrass Institute wants to bridge that gap between golf course critics and their supporters.  "Golf courses, specifically in very urbanized areas, they're the last vestiges of our natural areas and I think it's important to protect them,'' said Stricker. "Superintendents are not evil people. They're people with kids and families and dogs. They also want the environment to be as healthy as possible and they have to preserve the area that they're charged with taking care of.''

The Turfgrass Institute works to develop heartier and more sustainable kinds of grass for playing surfaces like golf courses and football fields. Stricker said that many golf courses serve as hubs for innovations in sustainability, including increasing their ability to capture carbon and develop new water conservation practices.

As an example, Stricker said the Turfgrass Institute is helping develop new cultivated varieties of grass that use less water.  ``In the same way that McIntosh and Granny Smith are cultivated varieties of apple you can keep the same species (of grass) or switch to species that are more drought tolerant,'' said Stricker.  ``We've been running a few trials in Ontario with Kentucky Bluegrass, and also tall fescue, just two different species of turf grass, in partnership with a group called the Turfgrass Water Conservation Alliance.

"So when a golf course wants to reduce their amount of water inputs, they can change to a drought tolerant variety that we've tested here.''

Pesticides are another issue, however.  Because the grass in a tee box, a fairway, and on a green must be so tightly manicured to be playable, golf superintendents have to use pesticides and other chemical treatments to help keep the turf alive.  In Ontario, golf courses need to make annual usage reports to the Integrated Pest Management Council. In their report they have to explain why they applied, how much was applied, and what their plan is to reduce to maintain their IPM certification which gives them licence to continue to spray their managed turf.

Miriam Diamond, a professor in the department of Earth Sciences at the University of Toronto who specializes in strategies to reduce chemical contaminants in the environment, is deeply concerned by the ecological impact of golf courses in Canada. She said that Ontario Pesticides Act of 1990, which provides the province's framework for pesticide regulation, was an important development but notes that golf courses are largely exempt from it.

"We're in a much worse situation now with respect to the population of pollinators,'' said Diamond. "The population of songbirds is crashing, amphibians have already gone way down.  There has to be a way for golfers to enjoy being outdoors, making sure that the grandchildren of golfers don't just look at pictures of frogs in books but actually know that there are frogs alive.''

Diamond also flagged fertilizer use on golf courses as a concern, as it can have the immediate detrimental effect of having too many nutrients in the water which can do severe damage to an ecosystem.  In extreme conditions, over fertilization can kill fish because it promotes the growth of algae, which in turn sucks up the water's oxygen so fish can't breathe.

Audubon International, a not for profit environmental education organization based in New York, certifies golf courses around the world to ensure they limit their use of pesticides and fertilizers.  Frank LaVardera, the organization's director of environmental programs for golf, said that even the smallest changes to a course can make a massive difference to its ecological impact.

"Your typical 18 hole golf course may sit on 150 to 200 acres of total property but have between 70 and 80 acres of managed turf,'' said LaVardera, who notes there are 75 courses across Canada fully certified by Audubon International.  "When courses come into our program, we encourage them to find ways to reduce and eliminate some of that managed turf.

When a course reduces its managed turf it automatically decreases all of the inputs including water, chemicals, less gas for lawn mowers, and therefore its overall environmental impact. Other innovations, including more precise robotic lawn mowers and computer-controlled pesticide sprayers also mean less wasted chemicals, burnt fuel, and an overall economic saving for golf courses.

Where a golf course is located matters significantly because despite the drawbacks of courses it could still represent the best-possible land use.  "If the choice was to leave land, totally undeveloped, and in a natural state, as opposed to building a golf course, obviously, we would say, let's leave it in a total natural state, that would be the best for the environment,'' said LaVardera. ``But that's not really the real world, people own property, and people develop property.

"Golf, as we know, is a multi-billion dollar worldwide industry so people will build golf courses. Our philosophy is, if you're going to build a golf course, or if you are operating a golf course, let's operate it in the most sustainable manner that you can.''

Stricker noted that most golf courses were originally built outside of urban centres but that sprawl has grown up around them, leaving them as major heat sinks and carbon traps for suburban communities.  "A lot of people say in cities is like, 'oh, take the golf course and turn it into a park.' Great. Who's gonna pay for it?'' said Stricker.  "When a golf course closes, it doesn't turn into a park. It usually turns into a subdivision.

"And then that's more paved space and more houses and no green space. So in an urban space, yes, absolutely a golf course, makes the most sense.''

This report by The Canadian Press was first published Nov. 10, 2022.
https://nationalpost.com/pmn/sports-pmn/climate-changed-canadian-golf-courses-working-to-reduce-ecological-impact