FIFA to get Schooled by Canadian Turf Expert

A major issue for the FIFA World Cup, coming to the America’s in 2026, is ensuring consistent and extremely high quality playing surfaces at multiple stadiums spread across an entire continent.

Problem #1 - differences in climate, elevation and cool to warm season transition zones are bound to create havoc with the best laid plans.

Problem # 2 - half of the 16 venues selected to host games have natural turf while the other half are artificial.  Historically, these world class players don’t indulge synthetic fields which means FIFA needs to figure out whether they will install temporary or permanent natural grass surfaces, or create something else entirely.

Problem #3 - it’s going to take some time to design a plan, organize the necessary resources, install the systems, grow the grass and keep it growing, like with the Giants Stadium in northern New Jersey and the Silverdome near Detroit in 1994.

For certain, FIFA will be going with natural grass on all their pitches, that’s not in question, but the answer to their problems will not likely be one-sized-fits-all.  With that said, the challenge will be much bigger than in 1994.

First, there are more stadiums but that’s just the beginning.  Four have retractable roofs (Atlanta, Dallas, Houston and Vancouver).  Three synthetic turf venues are fully outdoors (north Jersey, Boston, and Seattle) and one (Los Angeles) is open-air but has a translucent roof and no climate control.  Whatever FIFA decides to do, it had better be done well or else! 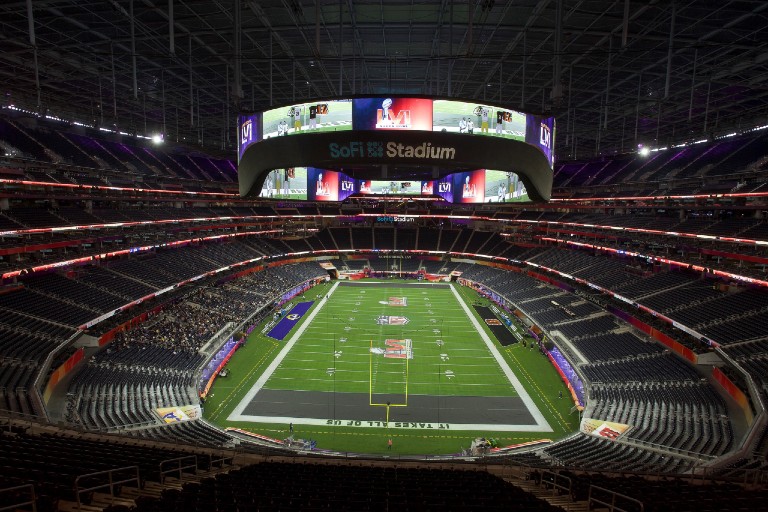 SoFi Stadium in suburban Los Angeles is one of eight stadiums set to host 2026 men's World Cup games that currently have artificial turf.  MLS brought in temporary grass for a soccer exhibition in August.

Enter one, Dr. John Sorochan, a Calgary native who teaches turf at the University of Tennessee.  WCTA members should be quite familiar with John as one of the leading sports field injury researchers in the world and a fairly common sighting at our annual conference and trade show.

FIFA, the world of soccer’s governing body, hired Dr. Sorochan to tackle the problems and head a team of researchers at both Tennessee and Michigan State who will work on growing grasses in different conditions, with 4,000-square foot facilities on each campus. 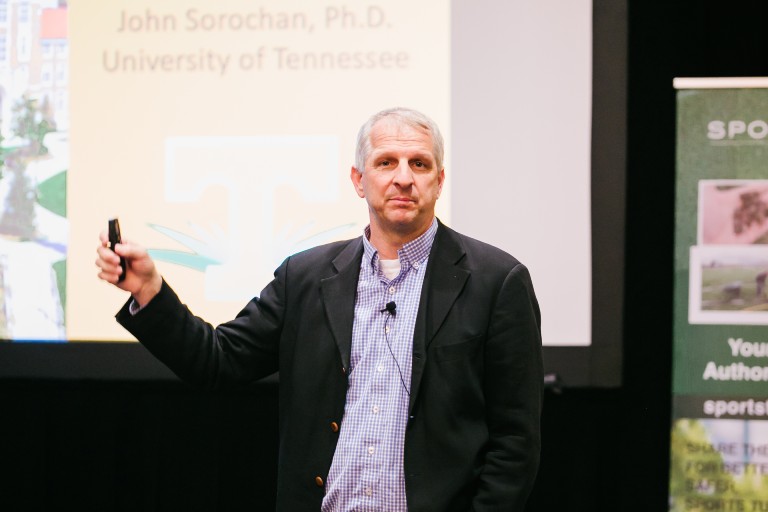 Sorochan’s resume must have helped land the top job and forge a partnership with MSU.   He did undergraduate work on the Silverdome project, then earned a Ph.D. at Michigan State in 2002 under long time professor John N. “Trey” Rogers, who led the Silverdome crew.

Sorochan has also worked with big Spanish clubs Real Madrid, Atlético Madrid and Athletic Bilbao, and is tight with FIFA’s head of pitch management, Alan Ferguson.  As for American sports, he is a field inspector for the NFL Players Association and an advisor to field managers across Major League Baseball and Major League Soccer.

Make the Grass Grow
The agronomy team isn’t just charged with watching the grass grow, they need to find ways to make it grow.  In Qatar this fall, all eight stadiums will have the same kind of grass. That isn’t possible for 2026, where games will stretch across Canada, the USA and Mexico.  When the players set foot on the pitches, they had better be ready and as advertised.

“We can’t have Bermuda grass in Toronto, and they can’t have Kentucky bluegrass in Miami at sea level,” Sorochan told The Philadelphia Inquirer.  “And then we’ve got five indoor stadiums that we have to also contend with, and then Mexico City at 9,000 feet [altitude].”

FIFA has tasked Sorochan’s team with helping to “identify the grass types and playing surfaces and conditions … that are going to play as homogeneously as possible,” he said.

“So the ball is going to bounce the same,” he continued, “[and] the footing is going to feel as close to the same for players that play on a different kind of grass versus another.  And then how to keep grass alive indoors for 12 weeks, potentially, in some of these domed stadiums.” 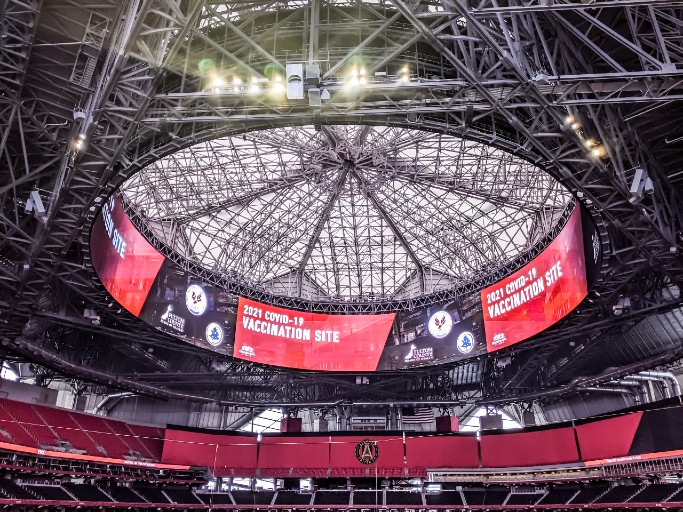 Atlanta's Mercedes-Benz stadium has a retractable roof, but the part that opens is only over the middle of the seating bowl.

The five retractable-roof venues are “our biggest challenge and our biggest focus,” Sorochan said.  He believes it could end up being easier to have them all keep their roofs closed for the duration, because that consistency would be better than dealing with changes in weather such as pop-up thunderstorms. He also noted that not all of the roofs open to expose the whole field to sunlight, with Atlanta the prime example.

As Sorochan mentioned, the 12-week window is a critical factor.  By rights, venues should move all other events two to three months ahead of kick-off but that might be impossible in Atlanta, Boston, Seattle and Vancouver, who all host MLS teams.

Problem #4 - MLS has not announced intentions regarding its 2026 schedule but Sorochan knows he needs to create plans for multiple scenarios that include practice facilities that currently have turf and will need natural grass installed to match their local stadiums.  Ouch, so it’s not just the game fields that need to be perfect, add at least another 16 pitches to the mix!

“The longer, the better, so we can get [the grass] to establish and be in place,” he said.  “But the technologies today, with the sod drawn on plastic, capabilities that we didn’t have back in, say, ‘94 — sod that we can move in with a hybrid reinforced system for instance.  You can come in and retro[fit] a field pretty quick and in a matter of time, just have it knit together on the seam lines, and it’s not going to lift up or go anywhere.”

If the idea of growing grass on top of plastic sounds unusual, Sorochan understands.  “It matures faster on top of the plastic,” he said. “And we can control the soil profile that it’s being grown in.” 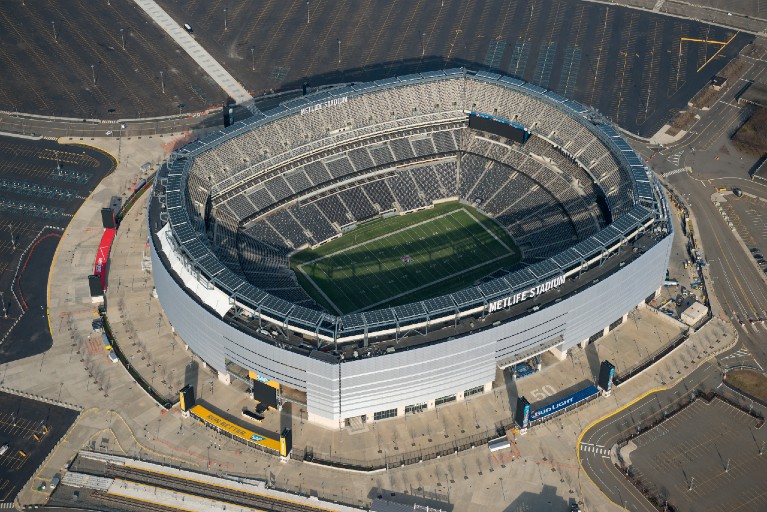 The “hybrid reinforced system” that Sorochan referred to is one widely-used across Europe: grass with artificial turf stitched beneath it, on top of a sand base that helps with drainage.

“They’ve got a giant sewing machine that comes in and stitches artificial fibers,” he said. “They go in, they go six inches down and stick up about three quarters of an inch above the surface, three-quarters to one inch — just below the height of cut [of the natural grass]. … It acts like rebar and stabilizes the surface.”

That’s why in professional sports, you rarely see one of soccer’s classic old sights, a big mud patch in a six-yard box formed by heavy player traffic.

“You don’t get the bird bath,” as Sorochan put it. “You still get a nice surface, but it plays like grass and it just keeps it a little bit firmer and more stable surface.”

Sorochan said that there are hundreds of hybrid-field stadiums across world soccer, including much of England’s Premier League.  They are rare in the United States because they limit how many other things you can have at a stadium, especially concerts and tractor pulls😀.

Install a concert stage or dirt bike track over a natural surface grass causes damage and can kill the grass depending on the severity but a hybrid surface with the same treatment would require major repair work, much more than just replacing a swath of sod.

Sorochan used the Philadelphia Eagles Director of Grounds, Tony Leonard, as an example.

“In Philly, Tony Leonard will come in and after a game on a Sunday night, rip it out and it’d be ready again for next weekend,” he said. “For Temple, even, on Saturday.”

The Eagles had a hybrid surface for a few years, as did the Denver Broncos, but they both got rid of them.  Presently, the only NFL stadium with a hybrid surface is Green Bay’s Lambeau Field, which usually hosts one big non-Packers event per year and that’s it.  This year it was the first soccer game on the summer tundra, Manchester City vs. Bayern Munich.

As great as the Linc’s grass is, the Eagles will still have to do some work to the stadium to have it ready for the World Cup.  Sorochan said that the closest venue to being fully ready on field-level terms is Toronto’s BMO Field, which still has a big project coming to expand its seating capacity.

There is much work ahead for Sorochan, his agronomy team and all the field managers and their crews across the continent to succeed on the world stage.  Oh so many moving parts but according to Sorochan, “We’re going to provide evidence-based research to identify the best system to provide the highest-quality surface for World Cup events, whether it’s for a game or practice.” 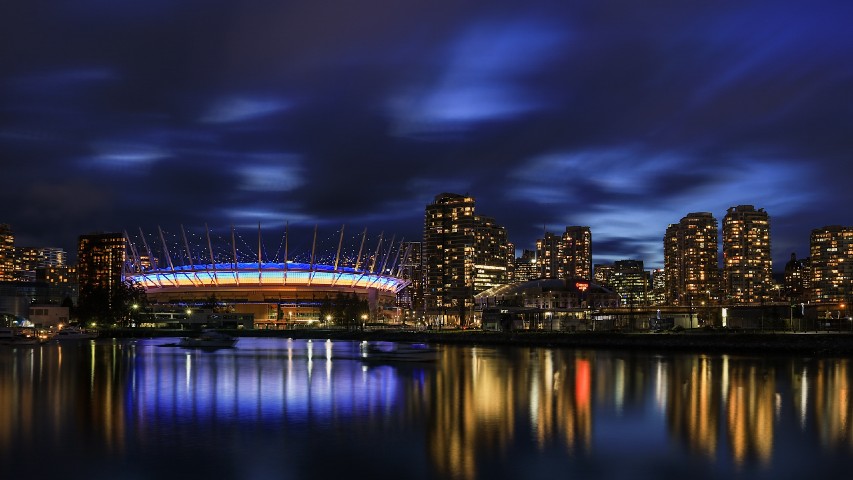 The iconic BC Place Stadium in downtown Vancouver, BC.