Treatment for Invasive Japanese Beetle Set to Resume in Vancouver

Via City of Vancouver

April 6, 2021 – Larvicide treatment for invasive Japanese beetles is set to begin this month at parks, medians and boulevards in Vancouver.  The treatment area has been reduced by almost half due to the success of our treatments in previous years. 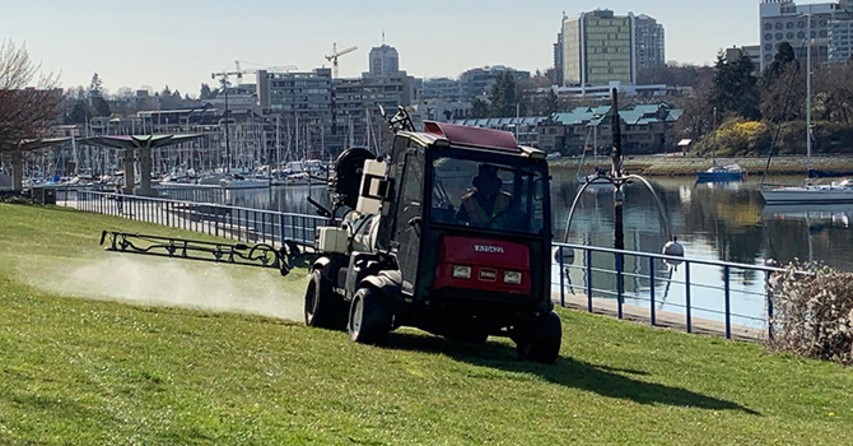 On March 29, the BC Ministry of Agriculture, Food and Fisheries (BCAFF) served the Vancouver Board of Parks and Recreation and City of Vancouver with a Notice of Requirement to Treat.

This will be the Japanese Beetle Eradication Program’s fourth year. The Vancouver Board of Parks and Recreation, along with partners including the City of Vancouver, Canadian Food Inspection Agency (CFIA), BCAFF, Invasive Species Council of BC, and the BC Landscape and Nursery Association, have seen over 80% reduction in beetles captured in traps each year since the program’s launch.

Treatment areas
Treatment will begin April 7 at George Wainborn Park and continue for four weeks at parks in the Downtown, West End, Strathcona, Mount Pleasant, Fairview, and Kitsilano neighbourhoods, as well as medians and boulevards. Approximately 25 hectares will be treated.

Residents are asked to avoid parks and green spaces on treatment days. There will be Park Board staff and signage present at each site to advise people of program details and best practices including keeping their pets off the grass.

About the treatment
Treatments consist of applying Acelepryn® directly to the soil, this targets root-eating grubs and is not harmful to people, pets, mammals, birds, bees, butterflies, or other animals. In David Lam Park, a bio-insecticide called beetleGONE!® will also be applied to landscape plants and tree foliage to control adult beetles feeding on these plants in July and August. It is not necessary to avoid the park during foliar treatment. beetleGONE!® is based on a naturally occurring bacteria in the soil that is toxic to beetles when ingested.

Both products are approved for use by the Pest Management Regulatory Agency of Health Canada and are permitted under the City of Vancouver’s Health By-law PDF file (177 KB). All treatments will be applied manually by trained integrated pest management specialists.

The Japanese beetle was first discovered in False Creek in 2017. The pest can significantly damage turf, landscape, and ornamental plants, fruit and vegetable gardens, nurseries, orchards, and agricultural crops.

The CFIA performs adult beetle trapping from June to October to monitor the population and success of treatments. It is anticipated that treatment will continue for several more years.

Temporary transfer station
This year, the City will once again be opening a temporary transfer station at West 1st Ave and Wylie St where residents and commercial landscapers working in the Japanese beetle impacted neighbourhoods can deposit green waste, trimmings, lawn clippings, and small amounts of soil and plants with attached soils. The station is currently scheduled to open June 14 to October 15, 2021.

Find a list and schedule for parks receiving treatment