When the Hotel at Lake Louise (Fairmont Chateau Lake Louise) was going through one of its expansions in 1918, the CPR who owned the Hotel, wanted green turf grass laid at the entrance for the official opening. 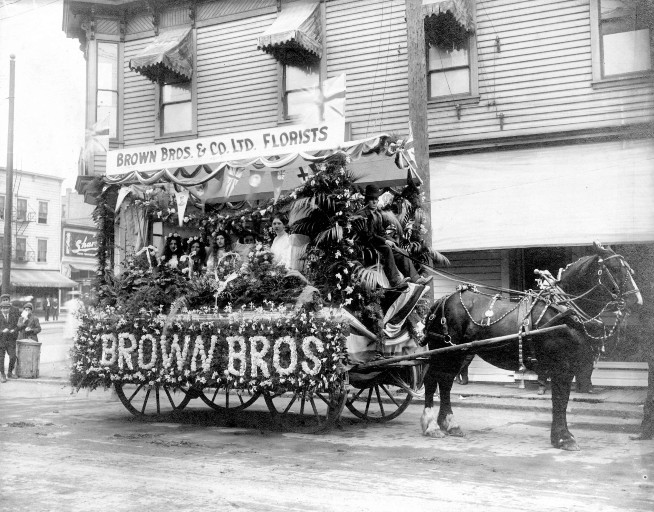 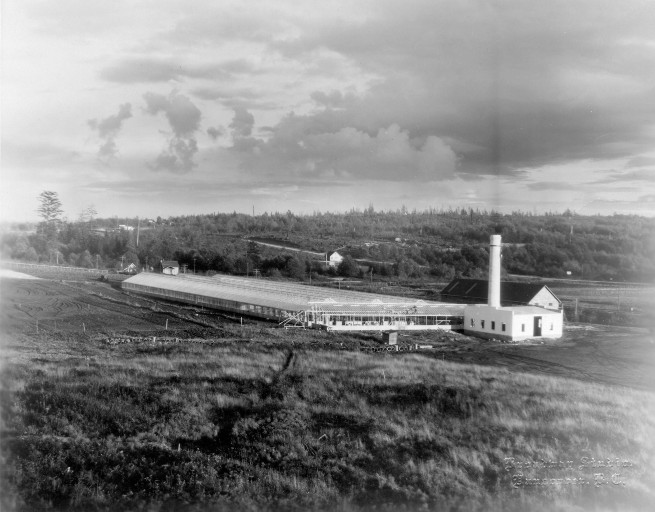 Brown Brothers and Company, who was the only Vancouver Florist, Greenhouse and Landscape Gardeners at the time, supplied all the plant material required for the grounds.

The turf was obtained by lifting the lawns from around the home of Joseph F. Brown on River Road in Maple Ridge, BC and in doing so may have started the first sod farm in BC.

The lawn was cut in 16 inch widths with sharp spades then cut and lifted with the one and only sod spade they had. The sod was then rolled as is done today but to a size and weight that men could carry and place it in a CPR box car.

The Daily Express train picked up the car to speed the sod to Lake Louise.

The sod or turf spade remained in the Brown family ever since and “used only sparingly because of the energy required to use it!”

The sod spade was donated to the BC Farm Museum in Fort Langley in 1991 by William C. Brown, the third generation and the only surviving member of the Brown family.

This spade, (accession # 99112.1) is on display for all to see at the Farm Museum during our open hours. Please check our website for these.