Superintendent in One Month

OK not completely true but I thought it was a catchy title. I’ve worked in the golf industry for over 14 years now and in just one month everything changed. 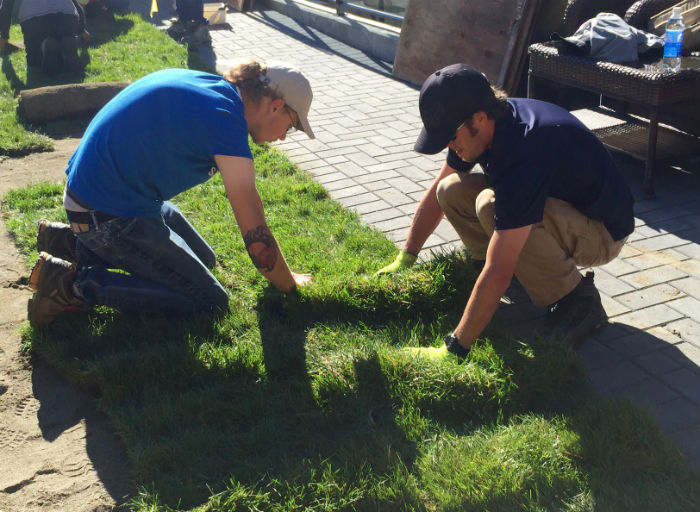 On the right, Colin Stairs, new Superintendent at Crown Isle Golf ResortIt all started with my passion for golf. With golf being such a huge part of my life, I began to look at the industry for employment, starting off inside the Proshop.  Next we had a little 9-hole family owned golf course on Vancouver Island.  Here is where I spent the next 10 years developing the skill of not relying on someone else to tell me what tasks have to be done; learning to be independent, learning to always make a mental note or checklist in your head as you drive around the golf course.  It may seem easy but it takes practice to know what to look for and to look at every inch.  This is also where I developed my work ethic. 7 days a week, 12 hour days was the norm trying to produce a product that we could be proud of.

Our family sold the course and in 2011. I got a job on the grounds crew at a championship golf course. My new boss was much like my dad, high expectations and the type of person if you didn’t hear from meant you were doing a good job.  You got rewarded by getting the opportunity for new and better jobs.

Within one year I was the new irrigation tech.  I knew how important irrigation was so I took it very seriously and took it upon myself to make the position my own.  I took pride in the fact that in the daily morning meetings the Superintendent never mentioned my name while he was calling out tasks because I had already planned my week out. The clichés say “be that guy, show up to work early & last to leave".  At the end of each day after everyone left, was the time to talk shop and learn about things I didn't have time for during work.  Be the first to get asked for overtime jobs, do what’s needed until the job is done.  Instead of asking him what to do, I brought him plans and ideas I had about a certain projects and he would give feedback, good or bad.

In March of 2016, the Superintendent gets a job opportunity he cannot pass up.  The Job interview with a possible new Superintendent fell through and before we knew it, there was only one month left until he’s gone and 3 weeks away from our biggest tournament of the year hosting the Mackenzie Tour qualifying.

I was offered the job of Interim Superintendent and without hesitation, I said yes.  I remember thinking later that night what have I got myself into.  Working long hours in preparation of the tournament left little time to think about the transition.  It was incredibly motivating in that not only does my personal mentor think I’m capable of such a task, but the company was willing to get behind me and have the trust that I can do the job.

In the next 3 months, I learned more than in the previous 10 years.  Shifting from a coworker to a supervisor meant adapting new crew relationships.  I found the operations part of being a superintendent to be fine but the technical part was difficult.  The lack of a turf diploma meant working even harder to produce a product that the members and locals had grown accustomed to.  A common thought was “can I do this?” Having no formal turf education, my company was willing to invest in my professional development.

I enrolled at my mentors' turf school, Kwantlen Polytechnic University for Fall 2016. I am able to go to Langley for only 3 days a week to take 4 courses, finally learning about the technical side of what I love doing.  School wasn’t too difficult for being in the industry for this long and of what I’ve learned in this last summer.  With school 3 days and work 4 days of every week, my spare time is limited. The first few weeks were tough, but I have learned how manage my time as efficiently as possible.

It’s now I realize how many great people I’m surrounded by.  Having the old superintendent living close by to mentor me has been a blessing along with my co-workers getting behind me and willing me on with management and membership being patient and understanding.  Joining the VISGA is like being part of a brotherhood, instantly taking me in and offering a hand whenever I need one.  A fertilizer rep going above and beyond to help me understand was invaluable.  I’m a firm believer that you are only as good as the people that you surround yourself with, so I am a very lucky man.