Matt and His Microscope 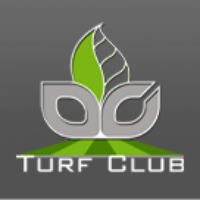 In this very special Turf Line News article, we pay tribute to the passing of our own first year Olds College turf student, Matt Suderman. A former hockey player turned turfie,  Matt was lost recently due to complications from diabetes. The outpouring of support for Matts family, from his friends, colleagues and classmates, has been heard widely through social media since his passing.  Matt’s superintendent at Bearspaw Country Club, Darren Reddekopp, recently shared his heartfelt message which I share as our Olds College Campus news quartlerly article.

When a turfgrass student gets excited about buying a new microscope, you know you have a future turf-geek on your hands.  That is how I would describe Matt (Sudy) Suderman, our irrigation foreman and turfgrass intern, a turf geek.  A few weeks ago, Matt bought a new microscope online.  He was inspired while he was completing his Turfgrass Physiology course at Olds College.   He would often talk about how he was going to use that microscope this summer while working at Bearspaw.

Last Wednesday, Matt stopped by the course after class to stay in touch and see the progress our team was making on this spring’s projects.   He wanted to be involved, he was excited to complete his first year at Olds College and get back to Bearspaw.  He talked about school, his teachers and his classmates.  He reminded us of his new “mature student” status.  We all questioned the “mature” part of that statement.  Before returning to school Dave, Lance, Matt and myself talked beside the ninth tee.   We covered a wide range of topics.  As the conversation ended, Matt mentioned his microscope once again.  There was a school boy’s excitement in his tone.

Unfortunately that is the last conversation our team will have with Matt.   Matt passed away on Saturday due to complications from diabetes.  Matt was 33 years old.  Our prayers and thoughts go out to Matt’s parents, Patti and Gary, and his sister and brother’s, Katie, Brett and Cam.  His family at Bearspaw is stunned and shaken.  There is nothing easy about Matt’s passing.  But I take some solace in the path that Matt was following.

Matt was a former professional hockey player who was drafted by the Atlanta Thrashers in 2001.  Matt played for the Saskatoon Blades, the Arizona Sundogs, and many other teams internationally. Matt joined our Turfcare team last spring after working at the Banff Springs Golf Course.  When Matt joined our team he was struggling with what to do with life after hockey.   But as the summer progressed, Matt began to think about becoming a Golf Course Superintendent.   He enrolled in Olds late last summer and was accepted last December. As a former professional hockey player, Matt was an imposing figure.  At first glance, you would not think of Matt as an academic or a geek.  As Matt pursued his new passion at Olds College, he turned into just that – a turf geek.  He was leading his classes academically. 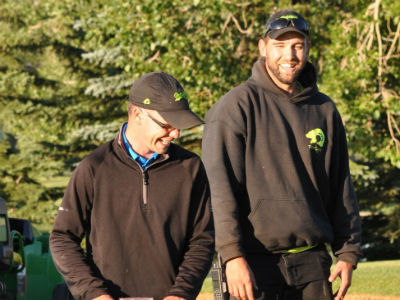 Our management team routinely had updates from Matt on his marks at school.  He told us he completed a course with ninety six percent.   Dave, Lance, Jordan, and I would often joke that he was missing four percent, so we were not sure if we could take him back at Bearspaw.  Not only was Matt a leader academically, but his hockey background and mature status made Matt a friend and leader for his classmates.

I was excited for Matt’s new path in life.  I wanted to see where his new passion for turfgrass was going to take him.  I know he would have been an outstanding Golf Course Superintendent in the future.  I also wanted to see what he would discover with his microscope. Your family, friends, classmates and our Bearspaw team misses you Sudy.  Darren

On behalf of everyone at Olds College, the students, staff, and turf faculty, our thoughts and prayers are with Matt and his family as they mourn this tragic loss. 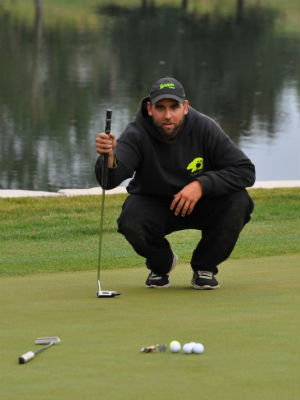