Time for a Lobby Group for the Turf Industry in Canada? 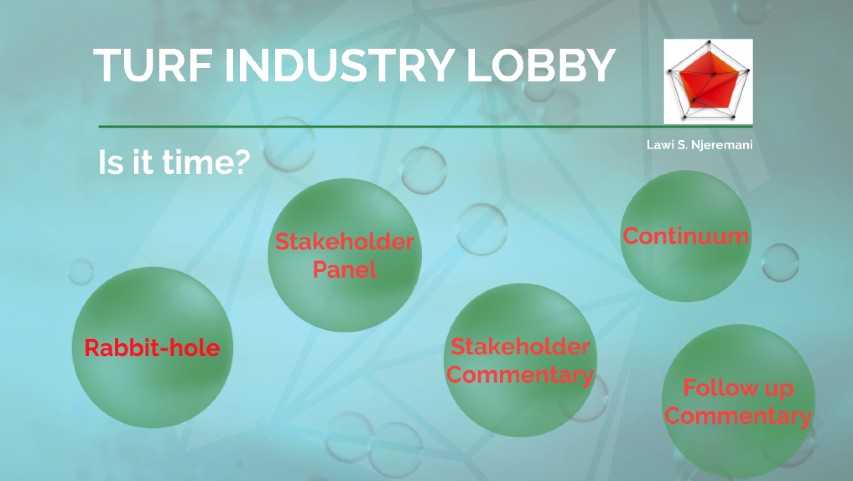 Unfortunately, these stakeholders are fragmented along lines of specialization and their respective end products. Even where the stakeholders recognize by mutual consensus that their activities have direct dependence, inter-relation and co-relation this is not reflected at the most crucial level—Policy making.

“The first thing needed is to define the term ‘Turf Industry’, says Jerry Rousseau, the Executive Director of Western Canada Turfgrass Association (WCTA), which has more than 700 members, making it the largest multi-sector turf management industry organization in Canada.

Jerry adds that, “depending on who you ask, there are differences in how this is perceived. For example, government tends to see the Turf Industry as primarily sod producers as it relates to their agricultural programs. There are stakeholders who don’t even realize they are stakeholders, for example, golfers, field sport users and homeowners.”

The President and CEO of a company dealing in turf invites further consideration of stakeholders in turf, posing: “I might suggest adding Urban planners and Landscape Architects/Designers to this list and question how synthetic turf manufacturers fit into the listed stakeholders– and if they do, shouldn’t we include then equipment, fertilizer and pesticide manufacturers, seed producers, irrigation contractors and suppliers?”

On the question of fragmentation in the Turf Industry, Keith Lyall, the Superintendent at Sun Peaks Resort is assertive that: “There is no “Turf Industry” under legislation– at least in BC (British Columbia). Therefore, how can it be fragmented?

Keith adds, “In the Tourism/Service sector we have multiple groups working to benefit golf courses including golf and turf associations. The things I have to do are far different than other industries outside of golf, for example, I have to hire, train, supervise, physically work, write purchase orders, prepare budgets and plan for capital. No way can you compare that to what municipal workers/supervisors/managers do.

Keith provides direct experience of the nature of debates between turf industry stakeholders, stating, “I once argued that fact– differences in activities in and outside golf– with a president of a turf association who said to me ‘we all just grow grass’. That is definitely not accurate, how many sports turf managers go out and fix irrigation breaks– or even know how too? How many in those other industries you listed deal with acres of Bentgrass at 0.125 of an inch?”

According to Jerry, “the biggest contributor to industry fragmentation is the strong instinct in forming fraternities amongst specializations. Humans generally need to feel like being part of a group and sometimes those within the group can feel that outsiders don’t understand their concerns and/or issues.”

Dr. Stricker shares that “as the Minor Use Commodity Liaison Committee Chair for the Ontario turf industry, I have struggled with consolidating the needs of the different stakeholders into a concise list of top three priorities regarding insects, weeds, and diseases on turf. For example, the most important insect pests for lawn care included chinch bug and ants, whereas sod producers were concerned with bluegrass billbug and white grubs.”

She goes further to note that, “not only do the different sectors have different performance requirements for their turf like playability, roll speed, compaction, tensile strength, drought tolerance, colour and surface hardness but they are growing completely different species of plant under widely different environmental conditions. You might as well be comparing apples to oranges.”

Further afield, Lee Strutt, the Director of Agronomy at Cabot Cape Breton on the sandy beaches of the Atlantic Ocean in Nova Scotia shares his experience from United Kingdom stating, “The use of amenity turf management is fragmented by their own specialism. When policies are made through government bodies, it is normally reliant on a single body or maybe two to lobby policy changes.”

Does this policy-making approach by government at the national and regional levels pose any challenges for stakeholders in the Turf industry?

According to Keith, the fragmented approach weakens the ability for stakeholders to effectively lobby Government(s).

Keith shares that “Years ago, when the BC (British Columbia) government was considering a cosmetic pesticide ban, I was the chair of the Environmental Advocacy Committee. We reached out to many groups to help support us on the fight to stop this ban and raise funds to update our Provincial Turfgrass IPM manual. I personally sat down with provincial bureaucrats and even with our Provincial Minister of the Environment.  We got zero support from municipal sports turf professionals, they all but refused to join in our letter writing campaign and one who sat on our committee never bothered to show up for a single meeting.”

One then wonders if this is an industry struggle or relationships dynamics within the provincial governments in Canada. Do Industry stakeholders feel there is a need for a lobby body that brings together all Turf Industry stakeholders and to become the focal point of negotiation and advocacy at Policy making level?

“Yes and No” is Jerry Rousseau’s response. “Yes, because ideally it would be the best approach in many ways. That is, government would rather speak to one representative– and when lobbying, it’s better to have everyone singing from the same song page.

No, because from my experience, the turf industry is far too diverse”. Jerry states further, “our nation is far too large and the issues/priorities far too variable to ever be completely effective.  Creating an overarching lobby body doesn’t fundamentally address the fragmentation problem and can even make it worse, that is, one perspective takes lead and dominates while others do not always agree– or feel disproportionally represented.  In addition, the larger the group, the more watered down and generic these policies become.

One industry stakeholder submits thus: “Those who know me and have heard me answer this question before, understand when I suggest that political influence through lobby on its own is an old way of thinking.”

The industry stakeholder goes further: “Policy and legislative influence today more than ever is led at a social political level, while connection to leadership in government is still important. Your ability to control the narrative happens at the community social level and how best can we– turfgrass/horticultural stakeholders– influence those conversations both individually and as a collective.” He concludes that, “while I agree there is still a need to influence decision makers,  I am not convinced any longer that a lobby body on its own will be effective in the policy changes we seek.”

Keith Lyall is emphatic about the prospect. “No. In my opinion, golf needs to fight for itself and stand on its own two feet. In BC (British Columbia), Municipalities can create their own rules and often do, so don’t waste your time.”

Lee Strutt shares cautious optimism. “Yes, there should (be a lobby), however, getting agreement to cover all the stakeholders to lobby against changes in policy is really difficult as everyone’s needs are marginally different from one stakeholder to another.

Dr. Stricker says, “Yes. However, it is difficult to bring together the different sectors. Currently, the Nursery Sod Growers Association of Ontario (NSGA) has hired a private company to lobby OMAFRA for priorities regarding sod. They had approached Landscape Ontario previously to lobby together, but the two professional associations could not match up their priorities in a way that would be productive.”

Need for a lobby body?

With an even split between the stakeholders interviewed for this article, one of the unquenched deltas that rings loudly is whether there is another organization better suited to conduct lobbying and advocacy on behalf of turf industry stakeholders.

Dr. Stricker is of the view that “large-scale suppliers such as Syngenta, Envu, BASF have the best chance to make moves in the provincial or federal level.”

"The short answer is no", says Jerry. "There is no current organization suited to lobby on behalf of the entire turf management profession and I do not believe it’s a likely possibility." He adds that, "a stakeholder audit would help understand this by illustrating the many players involved with their long history of complicated partnerships, inter-connections, overlap and levels of knowledge on any given issue. For example, the golf industry has the National Allied Golf Association and their respective provincial counter-parts, that is, AGA-BC, that include representation from golf superintendents however the provincial groups have never really interacted with the national group."

One Industry stakeholder shared that he does not “believe that there is one stakeholder or organization that is better positioned over another to act on behalf of all stakeholders– but more importantly that we bring together everyone to participate in a more unified outcome.”

“No, there are already too many organizations,” says Keith. “Federal, provincial and regional golf associations are the best ones to lobby on behalf of golf. Municipalities don’t need to lobby, they are government.”

An additional question that pops up as we go down the rabbit hole is what would be the obstacles to be surmounted in case there is need for a new Lobby Group?

Lee Strutt says: “Getting agreement by all stakeholders that they are universally being represented.”

Keith Lyall says: “There’s only one thing you need for lobbying and that’s money– if you have that then you’re fine.”

One Industry stakeholder shared: “A unified strategy and story that connects us to why people should care enough to change what we believe is broken. The ability to deliver with confidence a unique selling proposition (USP) that matters– we live in a busy world with a lot of competition as to what is important to all, can we stand out in all this noise? In so many ways I see this more of a communication challenge than a lobby obstacle.”

Jerry Rousseau says: "centralization tends to follow population demographics, that is, larger groups will hold more weight than smaller groups, those further from the centre will receive less attention to their needs than those nearer. Political will or lack thereof, that is some organizations want to ‘be the boss’ while others are happy to follow along.”

In addition to the philosophically outlined points, Jerry shares a cluster of thought-provoking points, including: “differences amongst stakeholders in levels of knowledge on any given issue creates difference in setting priorities and sense of urgency. Frequent changes of government– combined with various levels of government involved, that is, municipal, provincial, national, make it extremely difficult to stay on top of all the issues and perhaps more importantly, forge relationships with politicians. A lobby group is expensive and there are already too many associations and lack of trust between organizations. The unintended consequences of lobby efforts, include losing funding and higher levels of compliance scrutiny."

For the Turf industry stakeholders to forge a unified battlefront, what should the Lobby Group list as its five key objectives? 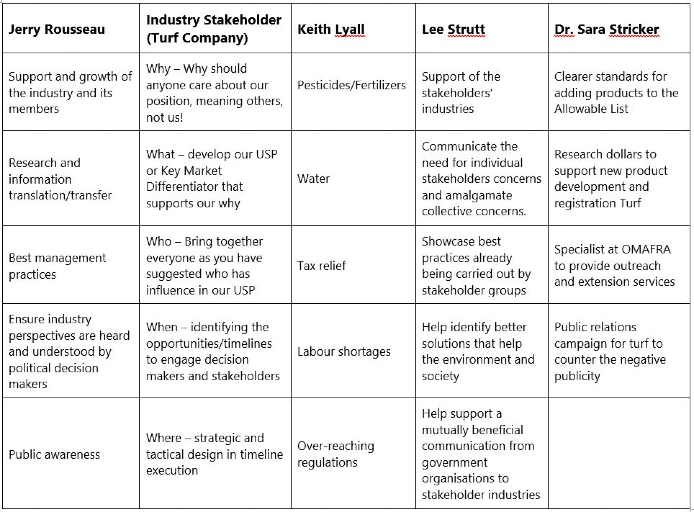 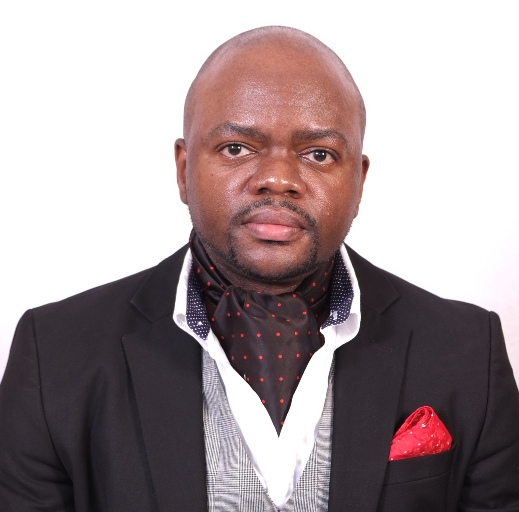 Lawi S. Njeremani is a first year turf student at the University of Guelph.  His goal is to work in the Turf Industry as a Turf Specialist and in volunteer roles.  He takes pride in training and knowledge building skills as well as finding creative ways to solving complex problems. He has formulated partnerships with both Government and Non-profit organizations leading to shared and enhanced value for various stakeholders by turning high level agreements into manageable tasks that are within timelines and below budget.