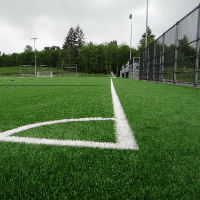 The STA has hosted an annual day-long educational and tradeshow event for the past 25 years, all of which have been held in various Ontario locations.  The exception was 2011, where an effort to support Atlantic sports turf managers saw the STA deliver an additional field day in Moncton, New Brunswick.

2013 will be a busy year for Lee Huether, STA Executive Manager as the organization prepares for another visit to the east coast (Halifax) on June 18, their regular Ontario event this fall and a new event to be held in British Columbia this coming August.

“We’re very excited to be working with the WCTA and past President Tab Buckner to host this inaugural event at the Langley Events Centre and Willoughby Community Park,” commented Lee Huether.  “Our partnership with the WCTA has paved the way for events like this to take place and we’re closer to achieving our goal of supporting sports turf managers from coast to coast.” 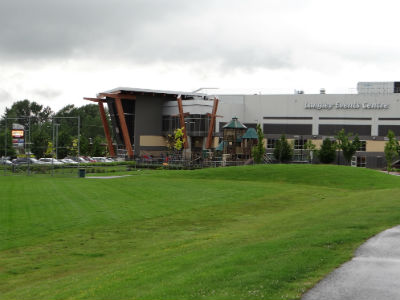 The West Coast Sportsfield Training Day, produced by the WCTA, will take place August 29th at the Langley Events Centre/Willoughby Park complex, conveniently located on 200th Street in Langley and easy to get to for local, regional and inter-provincial sports turf personnel.  The LEC facility is impressive with a 5500 seat hockey arena, home to the Langley Rivermen, Trinity Western Spartans Men's Hockey and the Langley Thunder Lacrosse teams and a 2000 square foot Gymnasium home to Trinity Western Men’s and Women’s Basketball teams and Volleyball teams. Willoughby Community Park, with two natural grass fields and three synthetic sportfields, provides the Langley sporting associations opportunities to play soccer, field hockey, rugby, softball and slow pitch and offers a variety of other park facilities and amenities for park goers to enjoy.

According to 2012 WCTA President and Township of Langley Manager of Parks Operations and Cemetery Services, Tab Buckner, “Planning is in progress and we’re working on delivering a full and beneficial day for everyone involved with sports turf from Parks Department managers to operators and everyone in between.”  He added, “We anticipate a good turnout from the lower mainland, Vancouver Island and the Interior but would like to invite participation from all sports turf managers from across BC and our neighbours in the prairie provinces to take part in this first ever event.”

The training day will closely follow the STA field day format with some notable exceptions.  Says Buckner, “The morning education sessions will focus on two main subjects, ‘Managing the Top 6” of Soil for Natural Grass Fields’ and ‘Synthetic  Turf Management Including Compaction, Cleanup Practices and Upkeep’.  Lunch will follow with a tailgate tradeshow and after that, we are planning eight demonstration stations on the fields to give people a chance to experience the theory in real life applications.”

Also in the works is a session dedicated to mechanics.  “What we’d like to do is bring in a piece of equipment and have the mechanics completely break it down,” said Mark McMaster of AR Mower and member of the organizing team.  “Of course we’d like to have them put it back together as well!”

Morning speakers and afternoon demonstrations have not been finalized but a well-rounded organizing committee including sports turf managers and suppliers from throughout the Vancouver – lower mainland area, are considering several options.

Hugh Norris from the City of Surrey Parks Department stated, “We will be bringing in a distinguished speaker for this event along with utilizing our pool of local talent.”

Added Guy Martin from the City of Abbotsford, “The demo stations will be really exciting and several ideas have been tossed around that will relate to the morning education.  Potential topics include irrigation auditing, sand banding, turfgrass seed selection and the soil amendment ‘Turface’ on the natural grass side, with grooming maintenance, G-Max testing, crumb rubber application and surface cleaning/magnetic dragging on the synthetic side.  Other possibilities include foliar fertilization for sports turf, alternatives to traditional synthetic pesticides and mowing and aeration demos.”

The last hour of the day will be free time to network and interact with vendors.  “There should be an opportunity at the end of the day for people to get some hands on with some of the equipment,” stated Buckner, “and we should have everything wrapped up by 3:30pm”

The organizing committee plans to finalize the program by end of June upon which registration will begin.  “Cost to attend will be in the $50 range,” stated Buckner, “and once we have the program completed, we will let everyone know exactly what we plan to deliver.  The morning education sessions are limited to the first 120 people so it will be important to sign up right away.” 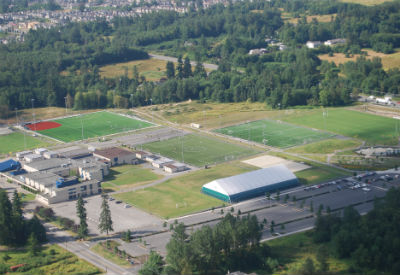 For a downloadable layout of the event CLICK HERE