The City of Kelowna hosted its second field day in three years on Friday, September 21st and a little rain didn’t dampen the spirit of dozens of horticulture and related delegates on hand to take in a full day outdoor trade show and speaking program.

As well, about 20 industry suppliers took part, spreading out over the big field in City Park, arguably the City’s most beautiful facility close to the downtown core and directly on Okanagan Lake. 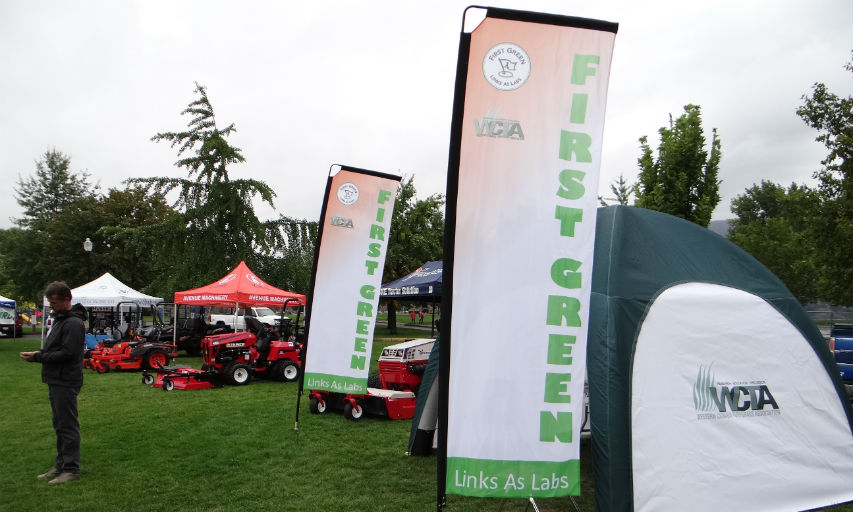 The WCTA took part in the trade show with our new outdoor booth!  That’s President Peter Sorokovsky to the left checking his texts so he doesn’t miss too much work while tending to our booth. 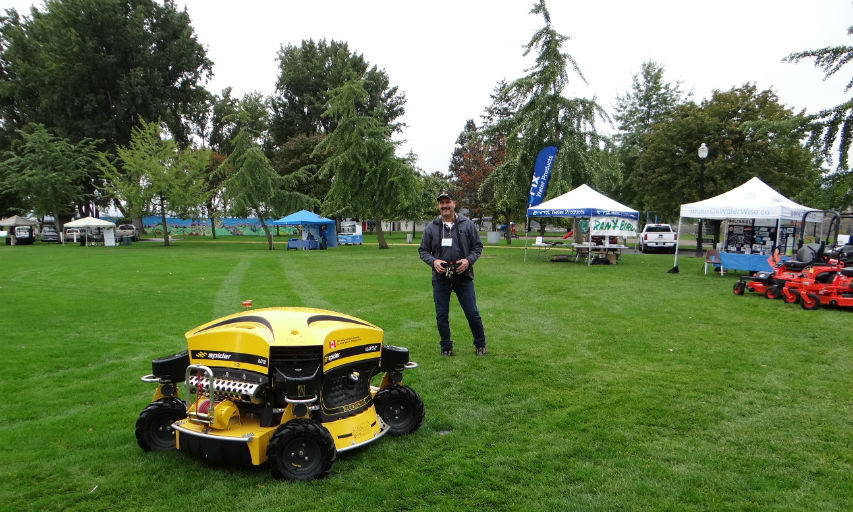 The Spider remote control mower was a big hit.  Greg Kornelson from Interior Turf even let the author take it for a spin! (no, we didn't wreck anything...) 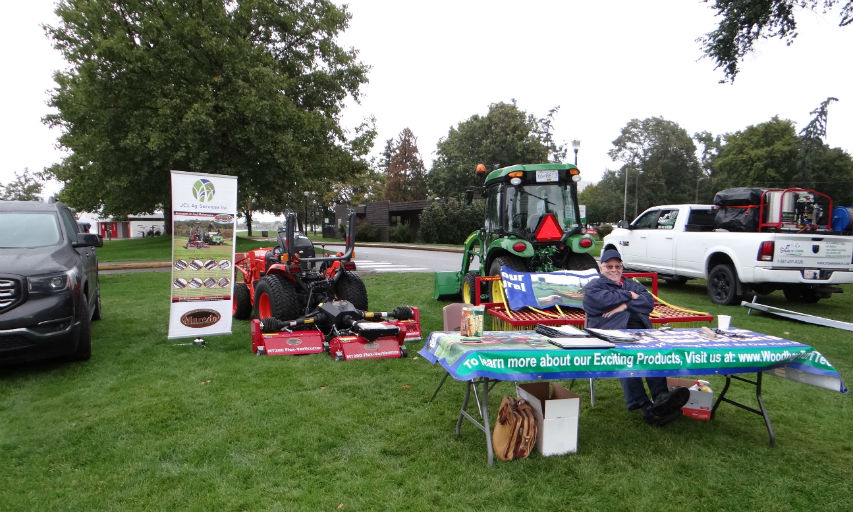 Smiles are free at the Wood Bay display???? 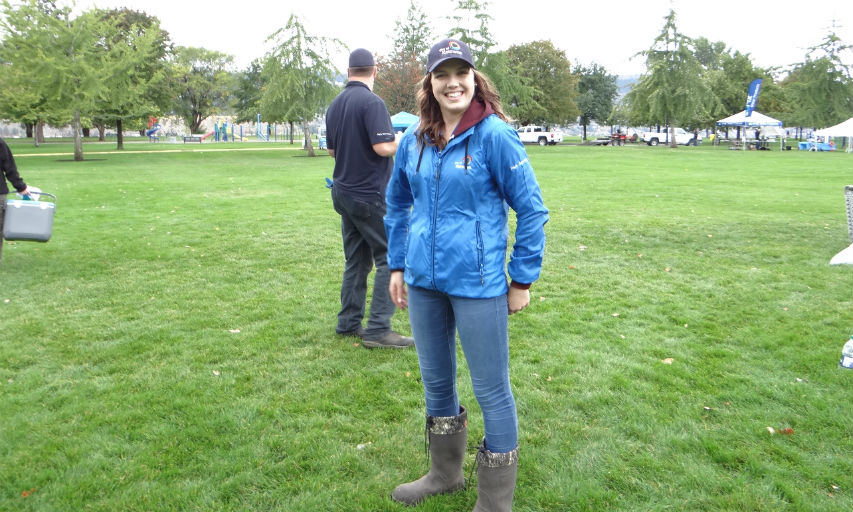 Megan Kenyon from the City of Kelowna is smiling because she put in a ton of work getting this show organized and it all came together nicely (plus the day is almost over, yay!) 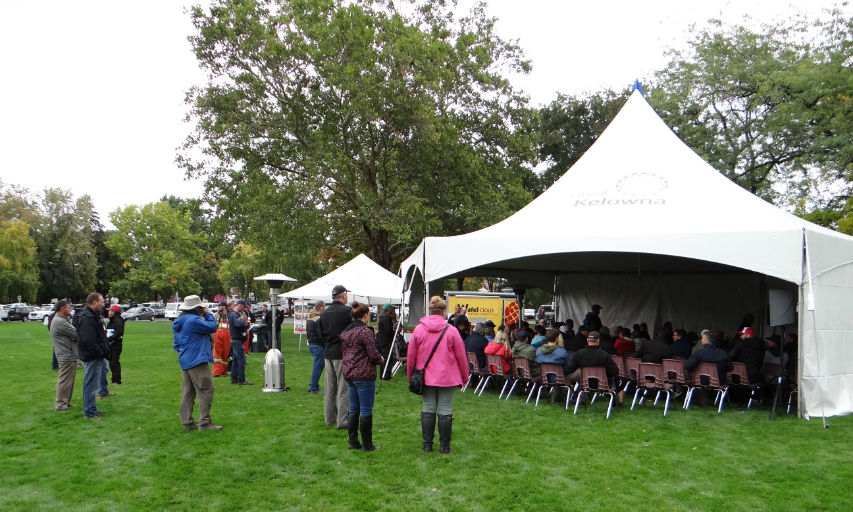 It never fails, plan an outdoor event and it rains????  Fortunately Ted Sophonow and the City of Kelowna staff were well prepared. 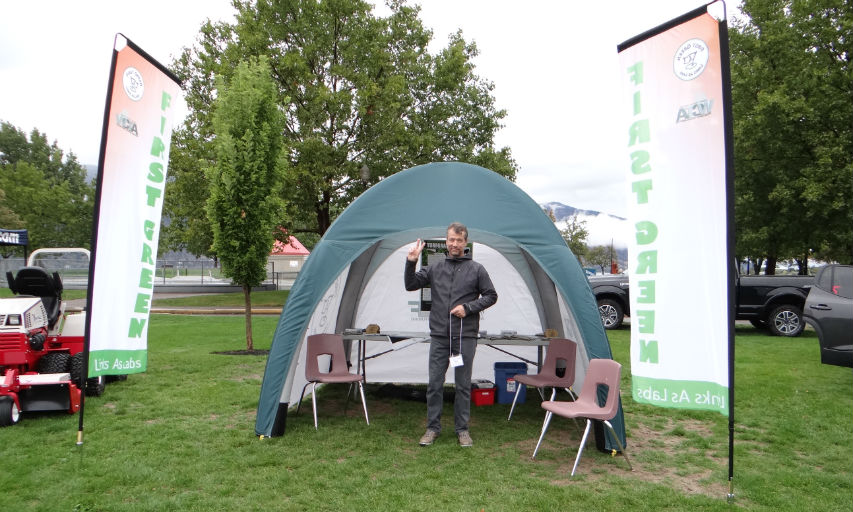 See you next time!  All images courtesy WCTA.