Pesticide use in BC – Still a Hot Topic 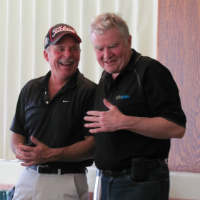 A January 11, 2012 bulletin from the Legislative Assembly of British Columbia stated the Special Committee on Cosmetic Pesticides received over 8,700 submissions, the most a British Columbia parliamentary committee has ever received.

The all-party committee, tasked with inquiring into and issuing recommendations on the elimination of the unnecessary use of pesticides in the province, heard from regulators, toxicologists, health organizations, environmentalists, industry representatives, diverse business sectors, municipalities and local pesticide coalitions. The public had the opportunity to share their opinion by filling out an e-questionnaire or submitting a written or video submission.

On April 11, Liberal MLA for Okanagan/Similkameen, John Slater and member of the Special Committee, spoke to a group of golf course superintendents at the Osoyoos Golf Club.  At that meeting he reinforced the notion that golf would be excepted from any further restrictive legislation, the same thing that committee Chair, Bill Bennett, told Doug Ferne of the NGCOA several weeks earlier.

Mr. Slater also hinted that the committee’s recommendation, which has to get past Minister of Environment Terry Lake, Premier Christy Clark and cabinet, may not be as onerous as some might be expecting.  Slater commented that the focus would be on increasing public education about pesticide products and their use, eliminating concentrated product for non-professional applicators and a behind-the-counter sales restriction.

At the meeting Slater stated, “We’re just waiting for one more signature from Deputy Chair, NDP MLA Rob Fleming which we expect to have by next week."

While the news may be good for golf, the fate of pesticide use on sportsfields and other turf areas is still unclear.  Factors favouring an exception for golf were explained by Mr. Slater, noting that golf is a business and typically has control over who is on the property unlike an open area public sportsfield where monitoring and restricting entry is next to impossible.

Muddying the waters further, is a very recent action made by Ministry of Environment staff.  Several landscape category Pesticide Certificate holders with tickets slated to expire in the next 6 months have received a letter extending the expiration date to October 31st, 2012.  Bob Lucy, Provincial Pesticide License Officer said the following in a May 9 email:

‘Yes, in response to a couple of requests, we decided to extend the expiry date for five-year landscape certificates due to expire before November. The idea was to enable people who could potentially be impacted by changes to “cosmetic use” legislation to hear the recommendations from the Special Committee before they made a decision on whether or not they wanted to rewrite a certification exam.’

At the Osoyoos meeting, Slater admitted that a new government could change any new legislation in as little as a few months.  With the BC political landscape in a seemingly state of flux and a 2013 election on the horizon, Slater recommends all stakeholders continue contacting local MLA’s to reinforce their position on the pesticide matter.  In the meantime, we wait in earnest for the Special Committee’s recommendation to be made public.