In the Media: Is it Time to Decolonize Your Lawn?

The Globe and Mail - Sierra Bein

When most people think of lawns they picture carefree kids playing in backyards, picnics in well-kept parks – perhaps they even feel a sense of pride at how green and immaculate their own swath is. But the traditional lawn – manicured, verdant, under control – now finds itself at the confluence of  two hot-button issues: climate change and Indigenous rights. 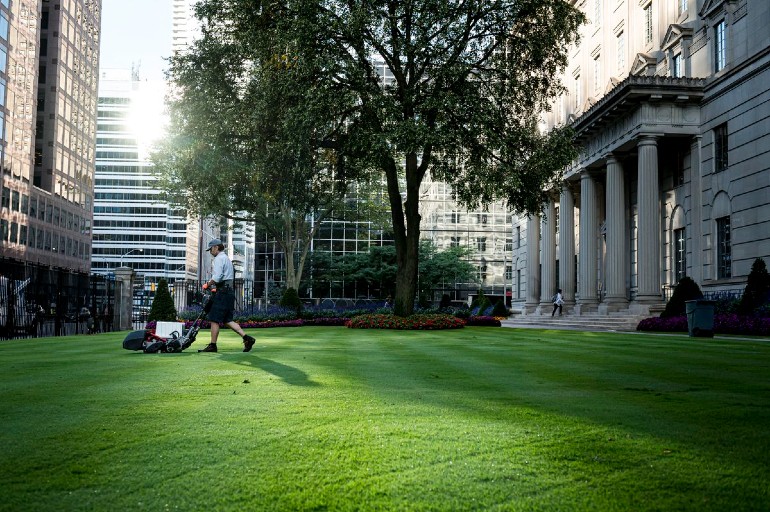 Mariusz Maj, horticulturalist at Manulife for 25 years, uses an electric lawn mower in order to trim down a section of grass of the Manulife building in Toronto, on Monday, August 26, 2019.

Some environmentalists, First Nations leaders and even hobby gardeners are calling for a different approach to how we view and treat the ubiquitous urban green space. It is, they argue, a lasting symbol of how settlers appropriated Indigenous land and culture. And the rigid Western ideal we have imposed continues to hurt the planet and, in turn, all of us. The lawn, some go as far to say, needs to be decolonized.

“What is a lawn but a statement of control over nature?” asks John Douglas Belshaw, a Canadian history professor at Thompson Rivers University in Kamloops, B.C.

“That’s a huge part of settler culture. You see that river there? We can dam that. We can organize that water, we can make that water work for us. It’s essentially the same mindset. I can reorganize this landscape, flatten it, plant lawn, find a non-indigenous species of plant, of grass, and completely extract anything that’s not homogenous, that doesn’t fit with this green pattern and control it ... A backyard with a big lawn is like a classroom for colonialism and environmental hostility.” 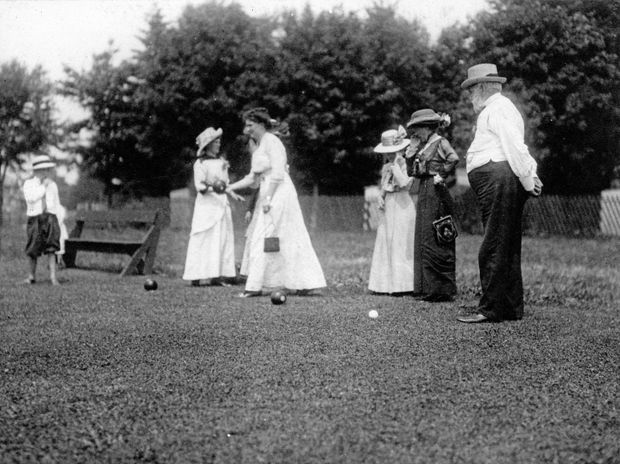 Globe staff members and their families on the bowling green at The Globe Park in Port Dover, c. 1910-1923. Photos are reproduced from an album assembled by members of staff vacationing at The Globe Park in August 1923 to mark an official visit by the Directors of the company to The Globe's "summer home".
THE GLOBE AND MAIL

Changing a landscape to make it suitable for a different incoming culture is a key part of colonization, he says, and that is exactly how lawns in Canada and the United States came to be.

“Lawns were not a popular thing in North America until the late 19th century and they’d become popular in part because immigrants were bringing European traditions of some manicured lawn,” he explains. “Manicured lawns were very much associated with wealth.”

The 1830s saw the first patent for a mechanical lawn mower, in England; by the 1860s lawn games such a croquet were becoming increasingly popular. In the 1920s, gas-powered mowers became available, and after the Second World War a boom in suburbia and chemical fertilizers created a North American culture of responsibility around keeping a clean yard for your neighbourhood. In the 1960s, the introduction of the electric mower helped ingrain expectations.

Every backyard essentially became a private park – and a mark of respectability. 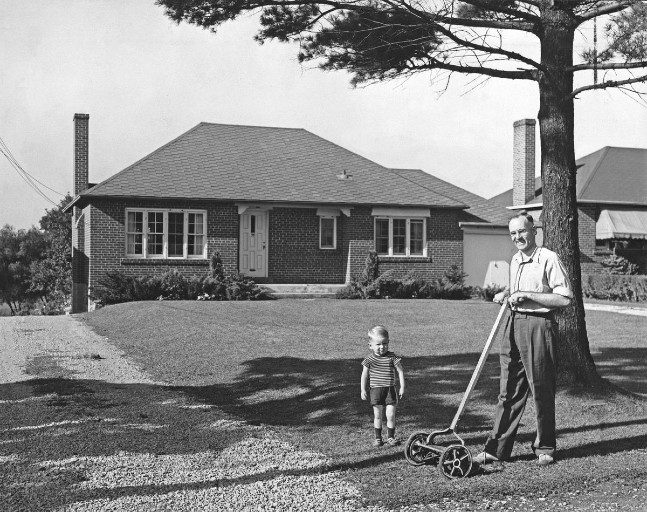 “Where the lawns come from is from the property ownership mentality, that we can own property,” says Jayce Chiblow, community engagement lead with Indigenous Climate Action and a member of the Garden River First Nation.

Speaking of plants she adds, “Our teaching is that those are our relatives and that we belong to the land. It’s an entirely different concept.”

Ms. Chiblow, who recently completed a Master of Environmental Studies at York University, says that for Anishinaabe people, the bush was their pharmacy and fridge. “It was our everything.”

The rise of the lawn meant a decline in the biodiversity so relied on by Indigenous people. Even worse, settlers interfered with the environment by bringing invasive species over with them. To this day, some of the most popular types of grasses in Canada aren’t native to the land: Kentucky bluegrass, rye grass, tall fescues and even Canada bluegrass have origins linking back to Europe. 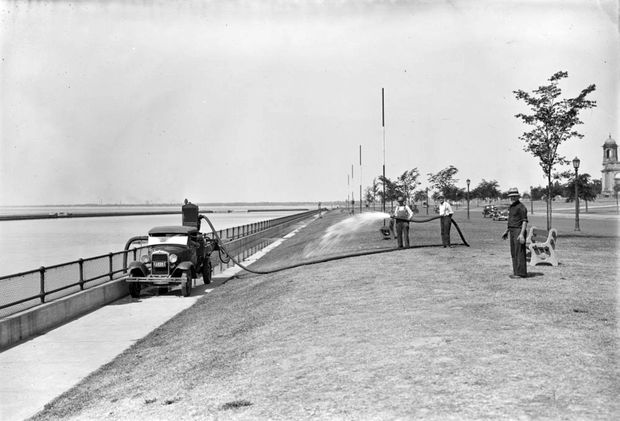 “Arguably, in our urban areas, it [the lawn] is kind of the largest ecosystem,” says Dan Kraus, a senior conservation biologist at the Nature Conservancy of Canada.

And that’s a large problem, because a monocrop of grass – which is what most lawns are – is vulnerable to disease and drought, and can act as an ecological desert.

Mr. Kraus compares plants to people. “These unknown plants that you think are all weeds but when you actually get to know them, they have their own stories and are as wonderful as any other plants.”

Ironically our attempts to control weeds often lead to more.

“If you want to reduce the number of weeds, reduce the amount of white grubs, and increase the beneficial insects like pollinators, simply don’t mow your lawn as much,” says Christopher J. Watson, a postdoctoral researcher from University of Quebec at Trois-Rivières.

Data compiled from across North America and Europe by him and his team prove this. Through their research they also discovered a direct link to the spread of allergens, such as ragweed.

But it’s the amount of water and fertilizer needed to care for foreign grasses that may be most damaging, says Louise Hénault-Ethier, science project manager at the David Suzuki Foundation. Runoff from fertilizers has been found in bodies of water such as Lake Ramsey, a drinking water source for the region of Sudbury.

Lawns weren’t designed with North American weather in mind. “They come from a climate where there’s more fog and rain,” she says. “But here, in especially the summertime, we need to water our lawns a whole lot.” 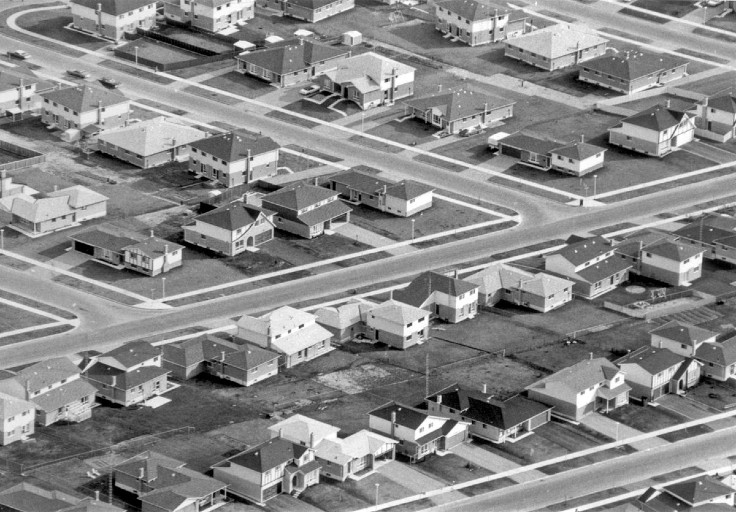 Aerial view of suburban single-family dwellings, May 2, 1975. Suburban sprawl, as here in Mississauga neighbourhood, is not for everyone. Large lots mean both high prices for housing and dormant street life. Photo by John McNeill / The Globe and Mail
JOHN MCNEILL/THE GLOBE AND MAIL

One surprising finding from her research is that lawns are not useful when it comes to mitigating heat, despite a common belief that grass is an atmosphere cooler. This is one of the reasons heat waves in urban areas can be so uncomfortable compared with places that have more complex vegetation.

Of course, we are not stuck with our yards as they are, and it is not technically difficult to diversify and decolonize a lawn. Most ecologists suggest minimizing how much you maintain it a little more each year and replacing some or all of the grass with Indigenous species.

But that is easier said than done in the face of community pressures and the value people place on the appearance of property.

“It’s that social hump that I think is going to be really difficult to get over,” Mr. Watson says. “You’re likely to be viewed more poorly by your neighbours. That difference can be quite stigmatizing as well.” 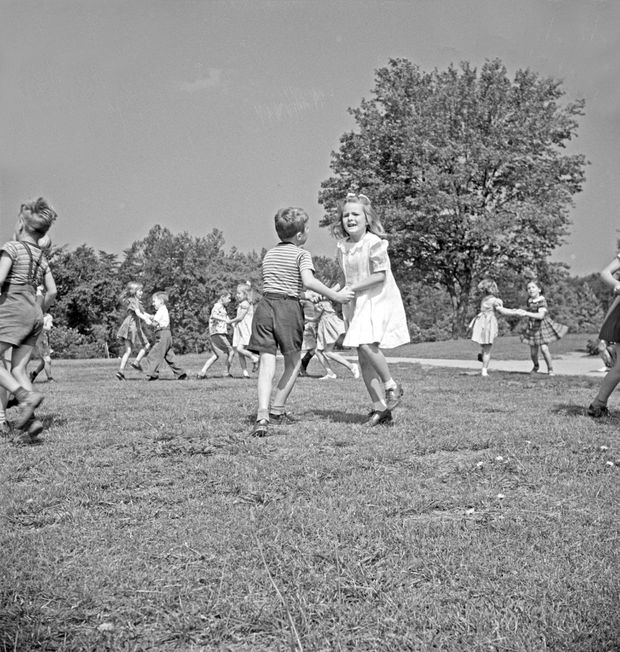 Kindergarten children practice their May Day dances on the grass in front of the school, Greenbelt, Maryland, May-June 1942.
LIBRARY OF CONGRESS

Ms. Chiblow recommends starting by focusing on what animals or insects you want to bring back; this can create a greater sense of purpose. Also, you can work with homeowner associations to change expectations. Suggest efforts such as #NoMowMay, which encourages people not to trim their lawns for the month to help plants and other living creatures get their start on the summer growth season.

It’s okay to begin slowly, Ms. Hénault-Ethier says. “Try to mow with patches. Mow one section and put your picnic table on there and then the next time you need to mow, put your picnic table to the other region.” This way you still have some short grass for entertaining and for children to play on.

Lawns, she says, are seen as a way for people to prove that they have their life and property under control and in order. If we can instead start to view long grass and wildflowers as positive things to have in our yards, then we will also begin to promote positive change for our ecosystems.

A diverse and healthy lawn still requires maintenance; it just looks different from how our parents taught us to care for our yards.

“It is a cultural thing,” Mr. Kraus says. “There is this interesting comparison like, valuing diversity versus sameness.”

He continued: “I do wonder if maybe future generations are going to look back, just like 150 years ago, when Victorian ladies used to like to wear dead birds as hats, and ... say: Why, why did you do that?”